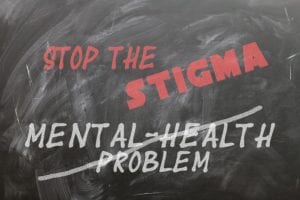 When therapist Colleen King was 19 years old, a psychiatrist told her that because of her family history—her father and brother having bipolar disorder—she shouldn’t have children.

Today, King’s clients regularly tell her that people have told them they shouldn’t or can’t have loving relationships.

Sadly, these are just two of the many myths about bipolar disorder. Myths that needlessly boost stigma, and, as King noted, deny individuals with bipolar disorder love and connection.

Bipolar disorder is a difficult illness, which can create challenges. But kids and healthy, happy relationships are absolutely possible when both partners are educated about the illness and have an effective treatment team (that includes a therapist and doctor) and support network, said King, LMFT, who has a private practice in Sacramento, Calif.

Myth: People with bipolar disorder can control their moods if they really want to.

Fact: According to Candida Fink, MD, a board-certified child, adolescent and adult psychiatrist, this is the most stigmatizing myth of all. Many in the public think that if people with bipolar disorder simply adopted more positive thoughts, worked out, ate the right foods and “got off the couch and did something,” they could stop their symptoms, she said.

And if they can’t, then clearly they’re not working hard enough. Then clearly they’re weak, lazy and don’t have enough “grit.” These are additional stereotypes, even accepted by many in the medical field, said Fink, MD, who has a private practice in Westchester NY, and co-authored several books on bipolar disorder.

In other words, many think that people with bipolar disorder are choosing not to control their “bad behavior.” This is very problematic because this kind of perspective leads others to be judgmental, critical and even disrespectful to individuals with the illness, Fink said. And what people with bipolar disorder really need is compassion, understanding and support. Because they have an illness. A genuine illness, not a behavior problem.

Myth: People with bipolar disorder are seeking attention and trying to manipulate you.

Fact: Some believe that when individuals with bipolar disorder are expressing thoughts or feelings of mania, depression or suicide they’re just exaggerating, or being calculating. This leads people to be dismissive and to withhold their support. They worry, too, that by expressing their love, they’re just enabling the person.

They assume that they need to wait until the person’s behavior supposedly improves, or “until they understand the consequences of their behavior,” Fink said. But “consequences don’t change bipolar symptoms. Period.”

“While there are sometimes actions to be taken to protect the person or yourself—such as removing access to car keys—these actions can be taken with love and support.”

Fink also stressed the importance of listening and believing individuals when they speak up. “The risk of not listening and not responding is too great. Too often people are afraid to speak out and when they do, we need to validate that and support them.”

Myth: People with bipolar disorder are scary and not like us.

Fact: Sadly, movies, TV shows and the news still depict bipolar disorder as a big flaw, said Karla Dougherty, author of the book Less Than Crazy: Living Fully With Bipolar II. “We’ll hear of someone committing a horrible crime and ‘has been diagnosed with bipolar disorder in the past’ is invariably somewhere in the paragraph or the speaker’s script.”

We are shocked when celebrities “come out” as having bipolar disorder because—besides their fame and fortune—they seemed so normal, she said. And when we think of bipolar disorder, we think abnormal. We think “other.”

Myth: All moods and emotions can be traced back to bipolar disorder.

Fact: Clients regularly tell King that their friends and family get worried when they show frustration or disappointment or even joy because they assume it’s a sign of depression or mania.

“People with bipolar disorder can have a bad day without it meaning they’re going to have a mood episode,” King said. “We can also be having a really terrific day full of joy and laughter without it being indicative of manic symptoms.”

This is why King stressed the importance of everyone getting informed about what bipolar disorder is and what it really looks like. It’s critical for individuals with the illness and their loved ones to know their personal signs and cues that an episode may be starting (and to have a concrete plan on how to intervene).

Fact: One of the most damaging myths, King said, is that people with bipolar disorder are unreliable and incapable of functioning at a high level. They’re seen as “loose cannons,” and shouldn’t be hired, Dougherty said. These perceptions make people with the illness believe they can’t achieve their goals, King said. Which is patently false.

You’ll find plenty of examples of individuals thriving while living with bipolar disorder. For instance, Jennifer Marshall was hospitalized four times within five years, including a hospitalization for postpartum psychosis after her son turned 4 weeks old. Today, she’s a mental health advocate who founded “This is My Brave,” a non-profit that uses storytelling to stop stigma and save lives. One of my favorite writers, Therese Borchard, founded the online depression community Project Hope & Beyond, and continues to pen breathtaking pieces like this one.

Gabe Howard, who also has anxiety disorders and felt like “life was a nightmare” during his 20s, is a sought-after speaker, award-winning advocate, and producer and host of Psych Central’s popular podcast The Psych Central Show.

Living full lives with bipolar disorder is not the exception. As Howard told me in this piece, “People do get well and go on to live amazing lives. I believe that. I’m proof that it is possible and I’ve met lots and lots of people like me.”