6 Critical Tips for Making the Most of Your ADHD Coaching 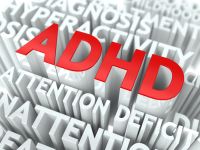 Working with a credentialed, experienced ADHD coach is critical for helping individuals with ADHD achieve their goals, capitalize on their strengths and build a fulfilling life. And like any important endeavor, this requires effort and hard work.

For instance, ADHD coaching is highly active and collaborative. It requires that clients try out different strategies and tools, said Aaron D. Smith, MS, LMSW, ACC, a certified ADHD coach who helps individuals with ADHD and executive functioning challenges to bridge the gap between their current performance and their potential.

It requires that clients share feedback on how these strategies and tools worked (and didn’t work). As ADHD coach Linda Swanson, MA, PCC, PCAC, said, “coaching is guided by the client’s input.” It’s the client who determines the specific, achievable goals, she said.

ADHD coaching isn’t a commodity, according to Madeleine P. Cote, a life and ADHD coach who works with teens, students, adults, couples and families. It’s an investment. Cote asks clients for a 6-month commitment to truly facilitate growth and change. “Coaching is fluid—10 steps forward, two steps back. As a coach I want to ensure that my clients are living in their passion.”

ADHD coaches don’t have all the answers, Cote said. Rather, “it’s clients’ strengths and values that hide the answers and strategies and together we go on an adventure to find them.”

For instance, Cote worked with a couple where the husband became very emotional during discussions, and completely forgot what he promised and what was said. It turned out that he was a visual processor, so both he and his wife would write down the facts of their discussions. Then he could review the conversation and see exactly what they agreed on.

“It’s a cliché but it’s also true that what you get in return from an endeavor is in proportion to what you put into it. The same is true for coaching,” said Swanson, who helps clients increase their positive impact on the world.

Her most successful clients have these qualities in common (some of which were cultivated through coaching): an eagerness about the coaching process; openness to exploring beliefs and habits that haven’t worked; self-awareness to identify challenges; willingness to try new ways of behaving and thinking; understanding that change isn’t smooth or easy; and a sense of humor.

In addition, here are six specific tips to help you make the most of your coaching.

Sharpen your self-awareness. Self-awareness is the first step to change. Because if you don’t know what’s going on, how can you change it? Self-awareness can be tough for people with ADHD, Swanson said. “With so many activities and so many busy thoughts, it can be nearly impossible to pay attention to the present moment, unless there’s a crisis.” The week can seem like a blur, which naturally makes reflecting on how things went difficult.

Swanson suggested doing this practice several times a day: Pause. Stop moving. Whether you’re sitting or standing, feel your feet firmly on the floor. Notice where you are. Take several deep breaths, and observe any sensations in your body, possibly scanning your body from head to toe for any tension. Focus on how you’re breathing. Notice whether what you’re doing before your pause was what you planned on doing. Lastly, inhale and exhale, lengthening and deepening your breaths.

She also suggested jotting down your observations and thoughts as they happen (because individuals with ADHD have challenges with short-term memory). To start, set an alarm for 5 minutes or less, several times a day.

Pick goals and objectives that are important to you. Today’s kids have been taught and conditioned that they need a reward, praise, or some other recognition before they’re willing to try something, said Smith, founder of Potential Within Reach. “I never want my clients to do something because their parents want them to do it, or that society dictates that it’s the responsible choice, or because it’s something I said.”

Rather, Smith encourages his clients to dig deeper and identify their core values and beliefs. He encourages them to think about why a potential goal is important, and to abandon “shoulds,” as in I should take that job or I should pick that major. In fact, he advised against using the word “should” altogether. Because our self-talk shapes our perceptions and internal motivation, he suggested using dynamic language, such as: “I will,” “I am going to,” or “I want.”

Prepare for your session. According to Smith, “A big mistake that clients make is to come to the meeting without even thinking about what they want to address and just kind of staring at the coach like a deer in headlights when they are asked, ‘What would you like to get out of today’s session? or ‘What would you like to work on today?’”

Both he and Swanson stressed the importance of thinking through what you’d like to work on during your sessions. For instance, Swanson gives clients a “prep form” to complete and submit beforehand. “Not all of my clients use the form, but those who do use it come to our session with a much clearer focus.” That’s because they’re able “to reflect on how their week has gone, to give thought to what is highest on the list of issues they would like to address in the coaching session, and to notice some good things that they are grateful for in the past week.”

Being prepared expedites the coaching process, Smith said. It helps you get to the heart of an issue, instead of spending the session figuring out what you’d like to address.

Be honest. Both Smith and Cote encouraged readers to be honest with themselves and with their coaches. “Sometimes clients are concerned about pleasing the coach and are hesitant to be completely transparent about what is going on,” Smith said. However, holding back, sugarcoating or exaggerating your efforts can derail progress and stall your goals, he said. Because your coach can only help with what you bring into session.

When clients are honest with Cote, together they’re able to pinpoint why a strategy didn’t work and brainstorm how to proceed. For instance, one client was using her smartphone to plan out her days, but it wasn’t helping. She and Cote discovered that she’s a visual and tactile processor, and jotting down objectives and plans in her agenda was much more effective.

According to Smith, your difficulties and challenges are “perfect fodder for productive coaching sessions. Often we can learn more from failures and figure out what got in our way rather than spinning things in a favorable light. Trust me, a good coach will not judge you; they will work with you to help you overcome those challenges.”

Do the work (between sessions). Coaching can stagnate quickly when a client expects change to solely occur during their sessions. “The coaching session is not the optimal time to ‘do the actual work,’” Smith said. “[I]t’s the time to discover new insights, strategies, tools, and get clear about the direction you are heading and the goals that you have set forth.”

For instance, one of Smith’s clients wants to find a job. Between sessions, she texts or emails Smith about her progress with applying to several different positions. Another client wants to start a podcast and monetize it, and was feeling overwhelmed with his to-do list. Together he and Smith designed a schedule and prioritized various tasks. Between sessions, he’s sent Smith a draft of his promotional video for his website, along with other videos, audio and written content.

Take care of your basic needs. “If a client is taking care of the basic foundational elements of living well with ADHD, the coaching will surely benefit,” Swanson said. She learned these foundational elements from her mentor Barbara Luther: getting adequate sleep every night; eating nutrient-rich foods; participating in physical activities daily; taking medication as prescribed and making sure it’s working (if applicable); spending time in nature as much as possible; playing and having fun; and savoring the moment.

Coaching equips you with the tools to cultivate change. But it’s up to you, the client, to create it, Smith said. “As Morpheus says to Neo in ‘The Matrix,’ ‘I can only show you the door, it’s up to you to walk through it.’”