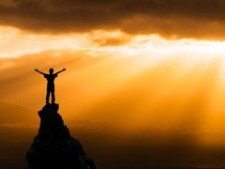 If we stick our tongue out at a newborn, and the infant is likely to stick its tongue back out at us in response. This small example shows how imitation lays the groundwork for everything we have learn.

For example, if someone used a nasty tone with us when we were children, we may have learned to use that tone ourself. Or if one of our parents left the room whenever they got angry, we could have learned to avoid conflict, regardless of how neglected, isolated, and abandoned our own parent’s response might have made us feel. Like many people, we may not remember being taught how to cope with our own and others’ anger, but those lessons did take place, and we imitate them either directly or indirectly when faced with conflict.

In general, people get angry because they want something or someone to change, but they can’t figure out how to make it happen. In this situation, a feeling of powerlessness arises, along with the desire to not to be judged.

Angry people who feel powerless can be anxious about disclosing their vulnerability. They feel insecure because the situation all but invites they to compare themselves to others and then feel inferior to those supposedly smarter and more competent people. Their anger builds, and they begin to resent those people for their superior lives, and to hate themselves for being so much lesser.

As this process continues, they turn to the problematic emotional lessons they learned in childhood. They may also turn to friends or family members for advice that turns out to be anything but helpful and only makes them angrier. From there, it’s just a short step to concluding that there must be something wrong with them for feeling the way they do. In short, nothing they ever learned or imitated when it comes to anger turns out to be helpful when their actually angry.

As adults, as parents, as teachers, and rolemodels, we can do more than just tell others to, “ignore it,” or, “don’t take it personally.” Some people don’t know how not to.

For example, lets say a little girl named Tanya says to her classmate Terrance, “You’re stupid,” the adult can choose to remind him that 1) “It’s only nonsense and it’s not to be taken seriously, and 2) he is a lovable, worthwhile person no matter what anyone else says.” If this girl says, “You’re a loser” an adult can remind him, 1) “It’s only her opinion and 2) you are not responsible for correcting her mistakes.”

This approach will give young men some insight into what is going on. It will take the power to provoke away from the antagonizers and be less painful for the targets of their outbursts. It’s a power they shouldn’t have anyway. It will spare them the pain of a) feeling like a failure, b) confirming their own insecure feelings of inferiority and inadequacy, and c) anger at themselves for being such a wimp.

On the basis of this insight, the little boy won’t have to save face by defending his honor in front of his peers. He has some new choices open to him. He can choose to do the unexpected by: a) He can walk away as if nothing happened because nothing did it, was only antagonism. b) He can say, “I don’t know what to tell you.” c) He can say, “You got a real problem there.”

These are examples of how to disengage from someone’s antagonism by doing the unexpected and using our sense of humor. That isn’t admitting anything, or “giving them the satisfaction.” It is disarming. It takes the sting out of it. If they expect us to defend our innocence or our integrity, we can be a rolemodel by choosing to do what they do not expect instead: “It’s awful when that happens, isn’t it?” Having done so, we can go on to demonstrate how interpersonal problems can be resolved and hopefully others will imitate us by securing positive cooperation in an atmosphere of mutual respect.