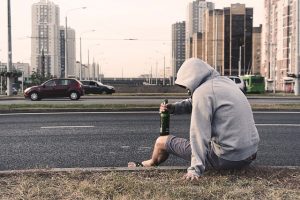 Alison was becoming more assertive. She did what pleased her instead of living on other people’s terms.

She signed up for tennis lessons, something she had wanted to do since sixth grade. She told her younger brother to start depending on himself instead of on her. She told her boss that she wanted a meeting to clarify her responsibilities because she was tired of guessing what he wanted. Allison told her parents that she wasn’t coming to Christmas dinner because she had another engagement.

These successes do not seem spectacular to the average observer. They have no way of assessing the deep fear of abandonment that Alison had to overcome. For Alison, these were major accomplishments in the battle against her “dual diagnosis”: “depression” and “alcoholism.” She wasn’t really an alcoholic, but she was an addict.

When I ask people what was the purpose of their addictive behavior, they say, “To relieve my boredom,” “To relax,” “To forget,” and so on. The common denominator is that all of these responses have to do with relieving some vague, non-specific pain.

There is no happiness here. These people are allergic to real happiness. However, they are not allergic to the substitutes for the real thing. This is the closest they can get to happiness. When they choose to escape into self destructiveness, they are spared the guilt of enjoying happiness that they do not deserve to enjoy. That problem has been solved.

One Sunday night, after a happy day of tennis and an evening on the town with her friends, Alison found herself all alone at home at midnight. An old echo from the past (“I’ am worthless, it’s my fault, I am guilty, I am unlovable”) started to rise up in her mind and bring her down. “I don’t deserve all this happiness. It is going to end in disaster any minute!” But she couldn’t self destruct this time.
The temptation to do so had lost its grip on her.

Alison didn’t need the negative excitement or the painful pleasure of her old addictive behaviors. She saw that they were all self sabotage. The purposes that they used to serve in her life had been outgrown. She didn’t have to “fight” this temptation, the whole thing had just become irrelevant. Instead of fighting the urge to drink herself into oblivion, she choose merely to let it the hell go and she went to sleep.