Anger from the Family 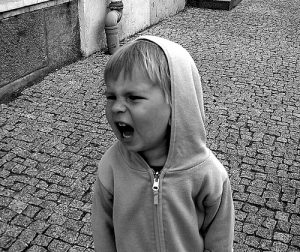 During our childhood, like every other human, we take everything personally.

The human judgment center is in the prefrontal cortex, which does not fully develop until humans are in there late adolescence. Since the brain has not been fully developed, children will always jump to the conclusions that everything is about them. Kids think they are responsible for everything, “me, me, me, always about me.” Yet, nothing other people do is because of us. It is because of them.

We may have tried our best, with our developing brain, to make sense out of the events in our life. These explanations are often pushed on us by the people we love. Therefore, we come to believe that since they love us, they would not be hurtful unless it was true.

The end result is that as an adult, we continue to think the worst about our own abilities based on these early emotional lessons, automatic thoughts, and distorted perceptions of life.

We all play roles in our family;  from father or mother, to son or daughter to husband and wife. When children grow up mismanaging their anger, it may be a reflection on their family’s problem with anger management. These acquired outlooks shape their character and can determine their point of view for the rest of their lives.

There is the pleasing child who wouldn’t think of becoming independent, for fear of displeasing his relatives. There is the rebel who leaves the family, but will re-enact the terrible pain of his childhood with his own family members when they come along. There is the abandoned child who stays home, not out of love and loyalty, but because he is more afraid of being alone and abandoned, than he is of his parent’s abusive behavior.

There is the martyr who can’t leave because then her suffering might stop and her identity would be lost.
The adult child may have grown up playing the role of scapegoat, pleaser or family victim. He or she is now seeking to outgrow these unhappy childhood roles, but their family members continue to treat them as if they were still eight years old. They don’t want him or her to outgrow their painful roles. Their brothers and sisters are afraid they might have to change too.

In counseling the goal is to help clients from families with mismanaged anger to identify and replace the negative riles from the past, with more constructive, healthier ones. The first step in this process is to acknowledge they are angry at their parents, their siblings, other family members, and especially at themselves. Then they take steps to drain anger from the past out of their systems so positivity can surface and their self-respect can reemerge.

Self respecting people aren’t guilty of a crime, they are merely imperfect. They are not worthless or inferior, they are equal members of the human race. They do not deserve to suffer, they deserve to take life as it comes. When suffering does come, they work through it as best they can. It is not a punishment from God for their ‘sins’. They do not need to make their suffering worse than it needs to be.