Before You Give Someone Advice, Try This First 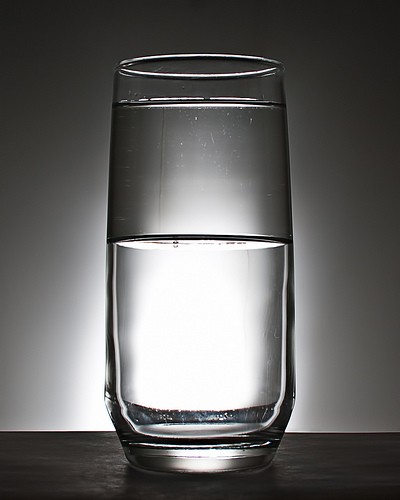 When our kids were growing up I (Charlie) used to get teased a lot by them for being optimistic so much of the time. They used to accuse me of denying the reality of how hard life could sometimes be whenever I would share a hopeful attitude about a difficulty that they were struggling with. It’s not that I would deny the difficulty, but rather I often tried to get them to see things from another perspective. I meant well but in retrospect, I can (finally) understand why they were so frustrated with me. In my zeal to help to pull them out of their discouragement, I was not-so subtly trying to coerce them to see things my way and inferring that their views were incorrect and that they shouldn’t feel the way they did.

Although my conscious intentions were honorable, my unconscious or shadow intentions were driven by a desire to coerce them into feeling better so that I wouldn’t feel the guilt, responsibility, and anxiety I felt when any of the kids weren’t feeling OK about things, any things. It wasn’t all about me, but it was mostly about me. My not-so-conscious thinking went: “If I can get them to feel more hopeful, I’ll feel better myself.”

To their credit, the kids were willing to be honest enough with me to let me know that they didn’t always appreciate my efforts, particularly when they felt that their own feelings were being ignored or made wrong. They helped me to learn the very powerful lesson that people can’t really hear your advice, no matter how good it may be, until they feel that you’ve heard their experience. It wasn’t so much that what I was saying was wrong or misguided, but rather that my timing was off. If, for example, I had been more able to acknowledge their feelings of frustration, or wanting to quit, or whatever they were experiencing, with empathy and compassion (which doesn’t by the way, mean that I agreed that their conclusions were correct) they would have been much more able to be open to my input.

Fortunately for all of us, I was eventually able to get the message and put in the correction by adding the missing ingredient of listening and accepting their feelings before plunging in with my ‘solution’ to the situation. This lesson has served me incredibly well, not only in my relationship with my kids, who rarely make this complaint to me anymore, but in my marriage, in my work, and with my friends. I suspect that others in my life have at times felt that they were not heard by me as a result of my efforts to get them to see things my (the ‘right’) way, but may not have felt comfortable confronting me with their feelings.

I have deep gratitude towards those people in my family, as well as those outside of it, who have been honest enough with me to give me feedback during those times when my way of offering them ‘help’ wasn’t particularly useful to them. They’ve helped me to see that it’s not my generally optimistic view of the world and of humanity that is the problem, but rather the way in which I present it that sometimes puts them off. Don’t get me wrong, I’m not one of these people who is relentlessly cheerful all of the time, but I am basically an optimistic person, and always have been. I see optimism as a tendency to expect the best possible outcome and to focus on the most hopeful aspects of any given situation. The word “optimism” has the same root as the word “optimum” which means “best” and “optimize” which means to make the best possible use of something. The metaphor of making lemonade when life hands you lemons is a good, although somewhat overused example of this idea.

My tendency towards hopefulness is not a result of having had a life of ease and comfort. I’ve had my share of suffering and struggle. One of the things that has allowed me to retain a sense of hopefulness in the face of difficulties has been a growing awareness that, in the paraphrased words of Viktor Frankl, from his groundbreaking book, Man’s Search for Meaning, the one thing that cannot be taken away from a person is her power to choose her attitude in any given situation. And from my vantage point, it is no less realistic to have a positive attitude in most situations than it is to have a negative one. In fact, when people choose pessimism, (and it is a choice), the basis for that choice often has to do with the desire to avoid disappointment or failure. As a relentlessly pessimistic friend of mine used to often say, the best way to avoid disappointment is to keep your expectations low. My friend diligently practiced this philosophy and while he did manage to succeed in avoiding some disappointments by rarely trying new things or taking risks, his whole life was a major disappointment to him because of all that he missed by rationalizing and justifying his fear of loss and making a lifestyle of it.

There undoubtedly are risks in embracing an optimistic view in life. You not only can be disappointed or even feel betrayed or hurt at times, but it is guaranteed that you will be; not because of your attitude, but simply because life doesn’t always go the way we think that it will or should. Expecting the worst, however, as my friend sadly, eventually discovered, does not prevent disappointments and losses. They are inevitable. They go along with the territory, and such a stance only serves to cause us to lose even more by denying ourselves the possibilities that are available to us when we give ourselves permission to hope, to claim the desires of our heart, and to go after that which truly matters to us, rather than insist that our longings are unattainable, unrealistic, or inappropriate.

Optimism is perhaps the most realistic stance that we can adopt in life. The optimist doesn’t insist that everything will always work out the way that he wants it to, but rather he trusts that he has the capacity to make the most out of whatever situation that he encounters and has confidence that his openness will promote the learning and growth that will allow him to live a more meaningful and effective life in the future. It is not his belief that the world is becoming a better place that fuels his outlook, but rather his faith in his own ability to use all of his experiences as grist for the mill of his own development.

As Frankl reminds us, we all have the power to make this choice at any given moment, and it is those times in which we feel most greatly tested by life that provide us the opportunity for the greatest and most powerful growth experiences. The danger in setting out on this path is that it can be extraordinarily compelling and habit-forming. Some of your friends who are committed to pessimism may question or judge your new attitude. Some may find fault with it. But some will be intrigued and drawn to it and to you. And you may also find that there are other “closet optimists” who welcome your perspective into their world. What have you got to lose by trying?