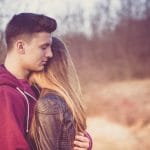 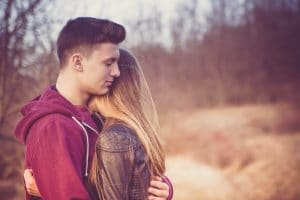 Crisis as Catalyst for Change

Linda: A breakdown is a sudden loss of health or ability to function efficiently. A breakdown is a usually unexpected interruption in a relationship that leaves one or both people feeling, upset, angry, disappointed, hurt, or in some way incomplete. Specifically, the term breakdown in the context of relationship refers to a broken agreement, lie, values clash, violation of trust, an occurrence where one party changed the contract, or it could be a gross misunderstanding.

How likely is it that we will experience breakdowns in relationship? 100% Likely! So since it’s 100% likely that we will experience a collapse in our relationships, a reasonable strategy would be to learn to deal with them. All relationships, even the most spectacular ones filled with love, do have breakdowns occasionally. Since so many of us are in denial about their inevitability, we believe that we can avoid them. Many take an avoidant strategy because we don’t know how to deal with disappointed expectations.

Way too often, our response to disappointment is blame.  The effect this has on the relationship is to create polarization and defensiveness. So as long as we are stuck in blame, there is no possibility for a trusting connection to occur. So often, we don’t know how to deal with disappointed expectations in a way that leads to anything positive.  We just use them as evidence to justify our fears.  This explains why we tend to avoid breakdowns rather than learn to deal with them.

What determines whether it goes from breakdown to breakthrough is to bring forth the intention to learn. If we don’t bring the intention to learn, it’s because there’s fear present that hasn’t been identified. Recognizing the fear is easier said than done. It’s hard to do because we don’t like to admit to ourselves that we’re afraid.

To learn, we have to be willing to look bad and be wrong. Sometimes it’s so great to be wrong and freely admit our complicity. We can cultivate qualities such as responsibility, openness, commitment, self-discipline, courageousness, humility, willingness to risk stepping into the unknown to try something new, and being present with pain. Consider the breakdown of Chad and Leslie.

Chad and Leslie got tickets to go to a videotaping of John Bradshaw at KQED-TV.  They were both very excited about going since they admired him so much. Leslie had professional appointments all morning and knew they were cutting it close to arrive by 2:00 PM.  She ran a little overtime in planning their departure for the city, and didn’t get Chad’s message about needing extra time for parking. They got stuck in heavy traffic, tense the whole drive, fearing they would be late.

They couldn’t find the TV studio right away, and had difficulty locating a parking space. Chad wasn’t willing to drop Leslie off to go find a parking spot, so that at least one of them would arrive one time. He was protective of Leslie walking around a dangerous section of the city.  They ran all the way from the parking space and arrived at 3 minutes after 2:00. As they got to the door of the studio where Bradshaw would be speaking, the door closed.

Leslie: “We both felt terrible. I was furious with Chad for being overprotective of me when he wouldn’t let me out of the car, and I watched myself struggle with the impulse to lash out to blame him. But I also had a belly full of guilt that my leaving the house late had made Chad miss something that was so important to him. I was afraid that he would blame me.”

Chad: “This kind of breakdown would have in the past, created a terrible argument that might have gone on for days. I would have blamed Leslie, and been reactive, yet filled with fear of her retaliation. But for months, we had been practicing replacing blame with responsibility, and I had been practicing self-restraint. As it turned out, we spent the next couple of hours working with all the rich material that the pain of this disappointment flushed up.”

Leslie:  “We both knew that if there was this much deep feeling around one incident, there was a lot more going on than appeared at first glance.”

Chad: “We got two hours alone from my not being willing to let Leslie walk through the slum. We uncovered my change in attitude over the past year since having our baby.”

Leslie: “I got to speak of my ambivalence on the one hand enjoying being doted on, and one the other hand, resenting being treated like a fragile weakling. After hours of discussion, what became clear, was that the shift that has taken place in the last year, with my needs being so much more in focus to both of us than ever before.”

Chad: “I was feeling lonely and neglected.  The balance has changed so dramatically, that we haven’t created a new system to hold the changes.”

Leslie:  “Before our baby came, I was regularly scanning for what Chad needed, so he didn’t have to ask. Now, when he isn’t saying he wants me to take his needs into consideration, I just keep going on about what I’m doing, assuming everything is fine.”

Chad: “Both of us found a wealth of material we didn’t even know was down under there until the breakdown of being late to Bradshaw’s talk ripped the lid off. It ended up being a tremendously informative experience, and a big break through for us; we are much closer now.”

In many ways, this incident is just a small one.  Chad and Leslie’s breakdown was handled in a couple of hours. Other breakdowns can go on for literally years. No matter how small, the opportunity is there to practice on the little pains, so that when the big ones come, as they inevitably do, we are skilled in handling them. We need to practice the skills that allow us to learn from our experiences.

Some of the skills are like being a detective to search with a magnifying glass for clues as to what is going on below the surface. What we see on the upper layer is only a small part of what is going on. We can search down deeper to see what is fueling the intense emotionality. Staying open is the key to being able to learn from each breakdown.

We can’t really expect to turn a breakdown into a breakthrough until we have learned to master our own fear. Fearlessness is not the absence of fear; it’s going beyond the fear by finding something we are committed to that is larger than the fear. When we cultivate fearlessness, we can feel great fear and still remain open to make skillful choices about what we do and say. It is likely that a point will come in the relationship where we will be severely tested. When we succumb to blaming, it is just a way of avoiding looking at ourselves and doing our own work.

If we haven’t done our work, it can blow up, and in the most extreme cases, the breakdown can lead to a break up rather than a breakthrough. Numerous unresolved breakdowns can bring us to such a low point, that there are times when the very survival of the relationship is threatened.

Yet, the bigger the crisis, the bigger the opportunity for growth. When there is a really big breakdown, the relationship is severely shaken. Life as we knew it is lying around in broken pieces, offering the possibility of a big breakthrough. When we can bring our more evolved self to the process, the opportunity exists to piece together a relationship that is even more wonderful than before. It’s work to reassemble a broken partnership after small, medium, or large breakdowns, but if we have the motivation to take on the challenge, huge development of understanding and connection can unfold. And as you can see from the story of Leslie and Chad, the benefits are well worth the effort.