Clinicians on the Couch: Q&A with Psychologist Charles H. Elliott 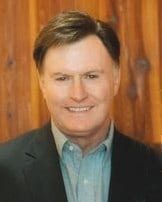 In this regular feature, we talk with a different therapist each month about their work, advice to readers and therapy in general. You’ll learn everything from myths about therapy to obstacles clients face to the challenges and triumphs of being a therapist.

This month, we had the pleasure of interviewing Charles H. Elliott, Ph.D, a clinical psychologist and Founding Fellow in the Academy of Cognitive Therapy. Elliott specializes in treating children and adolescents with anxiety disorders and/or OCD. Along with clinical psychologist Laura L. Smith, he writes the popular Psych Central blog “Anxiety and OCD Exposed.”

Elliott also is a faculty member at Fielding Graduate University and the author of various books on anxiety, depression and self-esteem, including: Overcoming Anxiety For Dummies (2nd Ed); Obsessive Compulsive Disorder For Dummies; Anxiety and Depression Workbook For Dummies; and Hollow Kids: Recapturing the Soul of a Generation Lost to the Self-Esteem Myth. Learn more about Elliott and his work at his website.

1. What’s surprised you the most about being a therapist?

That almost everyone I know, whether my patients, friends, or whomever, can probably profit from psychotherapy at one time or another in their lives.

Therapy isn’t just for “sick” people or those who are experiencing severe emotional problems. No one goes through life unscathed or without encountering obstacles that they could be helped to get through.

Well, I guess I shouldn’t say it’s one of the For Dummies books I wrote with my wife! Actually, much as I do like those books, what I’ve found particularly interesting is a variety of social psychology related books such as, Influence: The Psychology of Persuasion by Robert Cialdini, Why We Eat More than We Think by Brian Wansink, Willpower: Rediscovering the Greatest Human Strength by Roy Baumeister and John Tierney.

The studies reviewed in these books are truly fascinating and riveting. And they often contain material that’s relevant to clinical practice as well.

3. What’s the biggest myth about therapy?

The general public often believes that the process takes years and years to get anywhere. Many people assume that the therapeutic process is endless. In truth, it’s often possible to make significant progress in just a few months, occasionally even more quickly.

Obviously, the length depends upon many factors such as the nature of the problem someone comes in with. Severe personality disorder issues can, in fact, require years. But most people find that they can start seeing progress much sooner than that.

4. What seems to be the biggest obstacle for clients in therapy?

Fear. People worry that the process will prove to be too painful to confront. They also worry that they will fail if they try to tackle their problems and that failing would be worse than never having tried at all. Sometimes they further worry that they would no longer know who they are if they got over their troubles.

When I encounter these concerns, I usually let them know that, although therapy can sometimes cause some discomfort, such distress can be taken in measured doses, one step at a time. I also help them see that not trying is a far bigger failure than trying and that almost everyone can make at least some progress.

Furthermore, if they don’t like the changes, they can always go back to their old selves and their old problems (something no one has yet taken me up on!).

5. What’s the most challenging part about being a therapist?

I hate to say this, but insurance companies, billing, and paperwork. These have all become increasingly onerous and time consuming over the years.

6. What do you love about being a therapist?

I mostly like helping people find more fulfilling, meaningful lives. It’s profoundly gratifying to see someone shift from being dominated and controlled by anxiety, fear, or depression to someone who enjoys life.

7. What’s the best advice you can offer to readers on leading a meaningful life?

I suggest that they work on living their lives without judging themselves so much. I also recommend looking for ways to help others. When people solely focus on their own worries and concerns, the quality of their lives usually deteriorates.

8. If you had your schooling and career choice to do all over again, would you choose the same professional path? If not, what would you do differently and why?

This is a tough question. I have often said, that in the next lifetime, I think I’ll come back as a social psychologist. They investigate the more interesting phenomena and I love social psychology research. On the other hand, it would be hard to let go of the clinical work I do. So, I guess I’ll make the final decision when someone offers it to me!

9. If there’s one thing you wished your clients or patients knew about treatment or mental illness, what would it be?

I hope that they can realize that all mental illness is simply an extension and/or magnification of problems encountered in everyday life. And “treatment” is not nearly as mysterious and convoluted as many people think. Therapy usually involves a series of carefully graded steps of confronting one’s issues head on.

10. What personally do you do to cope with stress in your life?

I try to slow down and take things one step at a time. I look out for my number one nemesis—a tendency to think that everything must be done all at once and to see everything that lies ahead as one, overwhelming whole. In truth, few things are particularly overwhelming if taken one by one.