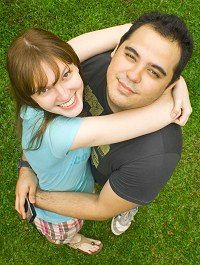 When prospective clients call couples therapist Julia Nowland, they say they need help with communication. Because, they say, once they learn to communicate, their disagreements will finally diminish.

How we communicate is critical to our closeness. However, the most important ingredient in a happy, healthy relationship, according to Nowland, is … you.

“You can learn all the communication skills in the world but if you’re not willing to put them into practice when the emotions are running high, or you’re tired, or your GPS isn’t working and you’re lost on a country road with no one in sight and the kids are having a tantrum in the back seat. Then you will find yourself using the same old patterns of relating to each other.”

The key, Nowland said, lies in being available, responsive, flexible and sensitive. For instance, being available goes beyond being around. “It’s about sitting and facing your partner when talking about important topics.” Being sensitive is about “thinking through how your words and actions will impact your partner.”

Psychotherapist and relationship specialist Anna Osborn, LMFT, believes that the most important ingredient is gratitude. “When we’re authentically appreciative of one another, we feel like not only do the little things matter, but they’re valued and noticed.” When gratitude is present in a partnership, there’s a natural pull toward each other, she said. There’s a sense that you’re on the same team.

A regular gratitude practice isn’t complicated. As Osborn said, “It can be as little as ‘thank you for your help with getting the kids ready this morning’ or ‘I appreciate you going grocery shopping today; it was helpful.’”

According to Clinton Power, a clinical relationship counsellor and founder of Clinton Power + Associates, the most important ingredient is resolving conflict quickly and constructively. A common assumption is that happy, healthy couples don’t fight—and that in order to have a great relationship, we need to eradicate all conflict. But that’s not true.

Danielle Kepler, LCPC, who specializes in couples counseling, also said that repairing before, during and after an argument is vital. It helps you have productive conversations and reduces the tendency of being critical or defensive. “When people feel like their partner is attacking them, they physiologically are unable to take in what the other person is saying due to perceiving their partner as a threat.”

Repairing during an argument might be saying, “I’m feeling really defensive right now, can you reword that last part?” Repairing after an argument includes reflecting on your own. You might think about what happened during the argument to trigger you—exploring whether you’ve felt this way before, as a child or in past relationships.

Then you and your partner process the argument together. Both of you talk about the mistakes you made, and genuinely apologize (by fully understanding and acknowledging how each of you hurt the other). Doing so helps “to wipe the slate clean and not hold onto negative feelings towards one another,” Kepler said.

John Harrison, LPCC, a counselor and coach who specializes in couples, believes the most important relationship ingredient is respecting and cherishing your partner as an individual. We do this by understanding healthy boundaries and healthy intimacy, which is “a dance of closeness and distance.” That is, too much closeness results in being enmeshed; too much distance results in being roommates.

“Your partner has his or her own life, thoughts, beliefs and experiences. Respect those aspects of your partner, as well as let this dance of distance and closeness do its thing.”

Harrison suggested researching Pia Mellody and Terry Real’s work on boundaries along with completing the book All About Us.

Chris Kingman, LCSW, a psychotherapist who specializes in couples therapy, emphasized the “willingness to learn and grow together as individuals and as a couple.” “Seneca (Greek philosopher) wrote ‘as long as you live, keep learning how to live.’ I often say to the couples I work with, ‘as long as you’re in a relationship, keep learning how to be in a relationship.’”

This is especially important today, because for most people, old paradigms and frameworks—such as rigid gender roles and religious do’s and don’ts—no longer apply, he said. Plus, there’s also the pressures and unrealistic expectations to do everything, always have amazing sex and be in a regular state of bliss, he said.

“Couples must do the work of clarifying their individual values to see where their styles and preferences meet and where they don’t, regarding every area of the relationship”—such as finances, sex, emotional needs, division of labor and childcare.

Differences are inevitable. But, as Kingman said, they’re not tragedies; they’re opportunities to learn and flourish. The key is to discuss, not debate. (“I tell partners ‘if you want to debate, join a debate club—but stop doing it at home.’”) Be curious, be humble, brainstorm together and prioritize your connection, he said.

Healthy, happy relationships don’t just happen. They require everything from genuine curiosity to sincere effort, from thoughtful reflection to thoughtful action—all ingredients that are required for building the best things in life. Wouldn’t you agree?