Do You Get Defensive? 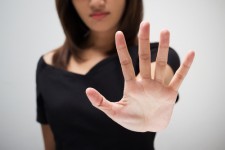 When we are angry, we are very vulnerable to being antagonized. Our logical thought processes have been swept away by a tide of emotional pain. We are, in this state, very likely to do exactly what our provokers expect us to do. They do not expect us to do anything reasonable or constructive. They expect us to be as immature and vindictive as they are. We 1) seek fairness: they say something hurtful and we say something more hurtful back or 2) offer evidence: pleading our case to defend ourselves against someone’s false accusations.

Our mistake is to take these accusations literally, personally, and serious. When we do, we make the mistake of choosing to plead our case in an imaginary court of law with a judge and jury of one. We make the mistake of defending our innocence to avoid being convicted as guilty and deserving punishment. For example, if say some says, “You never listen to me” or “You always blame me.” If taken literally, these “always” and “never” remarks may not be an accurate reflection of our factual experiences.

Often the listener chooses to defend against these false accusations. So they offer evidence: “What do you mean I never listen, you said to call the plumber and I did. Here look at the phone bill. I will show you.” They call their expert witnesses to the stand: “I don’t always blame you, ask my brother, he will tell you.” However, this rarely causes the other person to change their mind and our pleas are disregarded. Thus, we feel like we failed to make our case, which only compounds the pain and escalates the miscommunication as we retaliate with our own blaming accusations. We will get nowhere that way. We are perceiving a threat, so we attack or defend to protect ourselves

“But I didn’t do it honey, I swear to God.” This response is perceived as “fighting”, as calling him/her a “liar,” and being generally oppositional. This intervention, therefore, does not usually have the desired calming effect. Our “innocence” is not the issue here. We are not guilty of a crime and we require no defense. The issue is that he is angry and his anger is painful. We need to relieve his pain, not make it worse.

We can choose to do something else instead. In fact, we can do anything we want as long as it is in line with what makes us happy. Defending, attacking, arguing, blaming do not bring about happiness. So why are we choosing to do things that make us unhappy? We are responding with a mindless reaction to provocation. If we are tired of this useless third grade reaction, we can learn some new responses:

When they say: “You suck.”
Do the unexpected by saying: “There’s a lot of that going around.”

When they say: “You’re stupid.”
Do the unexpected by saying: “I never thought of it like that.”

When they say: “Come back here and fight like a man.”
Do the unexpected by saying: “Its just awful, isn’t it?”

When they say: “I hate you.”
Do the unexpected by saying: “You sound really angry.”

When they say: “I am not angry. Your being so stupid.”
Do the unexpected by saying: “You got a real problem there.”

When they say: “Why do you have to be such a jerk?”
Do the unexpected by saying: “I don’t know how you stand it.”

We are using our response to reveal to our partner that the game is over and that we have ended it. We have done what reality has required us to do. They can no longer control us into reacting destructively on their terms. He/she is merely “firing for effect.” He/she wants to intimidate and uses strong words or tone to show dominance. This is done to push you into submitting. You are not the worst person in the world. You can choose not to take his/her words at face value. You can agree that he/she feels the way he/she feels: “You sound hurt “. That must be painful” and so on. We can keep our version of the facts to ourselves. This is called, discretion, which is the power to choose how much we wish to reveal and when. Right now, we do not choose to reveal anything. It wouldn’t help if we did. He/she isn’t interested. We have a choice now, an alternative mode of responding. This alternative gives us a 100 percent improvement over the old days when we had only one choice, a knee jerk reaction to defend ourselves, which was not much of a selection.