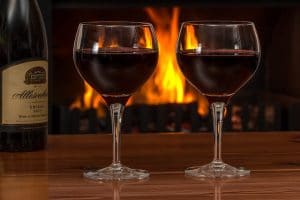 Alison drank. She knew that she had a “drinking problem,” she just didn’t know why.

One night, after a party, two men took her home in their car. She didn’t know who they were. She awoke and found herself dumped on her doorstep. Even that crisis did not scare her into changing her drinking habits. Her self destructive behavior was a mystery to her.

In counseling, Alison learned that she was angry at herself. She had acquired a self punitive attitude early in life. Alison had been told by her super critical father that all of her problems were her “fault.” She took his assessment at face value as if it were true. She was “wrong,” and her “failures” had to be punished. “My feelings do not matter” became an attitude that Alison had about herself, and she behaved accordingly. The origins of her self destructive behavior were not rational or even conscious. She was operating out of a whole constellation of negative beliefs that drove her decisions and impelled her to behave in ways that were consistent with her shame and self contempt. She certainly didn’t deserve to be rewarded with happiness!

To enjoy unearned happiness would confirm that she was a fraud and had to be punished. Alison sabotaged her happiness by drinking herself into a stupor and rendering herself powerless and out of control. She became a victim waiting for a place to happen. She could bring about her “deserved” punishment by drinking. That negative control was the only kind she had.

After several months of counseling, her bouts of drinking were coming much farther apart. She had been direct and authentic with the people at her new job. She was starting over. She was catching herself shamelessly pleasing everyone in sight and chose to stop it. She began for the first time to ask her co-workers for what she needed and deserved to get. Each of these efforts were a deliberate choice to use her courage. She was choosing to please herself in appropriate, mature ways. She was beginning to believe that she deserved to have some success, some happiness in her life, just like everyone else.

For Alison, the way out of her depression was to build up a “tolerance” for happiness in small doses, day by day, week by week. Each time she did, her fictitious guilt became less and less. The more efforts she made, the more she felt that she deserved to be happy as an independent human being in her own right. She was replacing her lifelong conviction that she deserved to suffer because she “wasn’t good enough,” that she was wrong and not right, inferior and unworthy to enjoy life.

She understood these concepts intellectually. They made sense to her. But “understanding” or “insight” was not the cure for her depression. The cure was to make choices as life presented her with opportunities to do so. This helped her to understand on an emotional level what it feels like to be competent, in control, mature and independent.

As a lifelong people pleaser, Alison’s big problem was saying, no. It was less “scary” to say, yes. She had no “right” to say, no, anyway. She felt that it was “wrong” to ask for what she wanted. She didn’t “deserve” to get what she wanted, so why even ask in the first place? She would feel “guilty” if she succeeded.

All of these negative attitudes overlapped and reinforced each other. When Alison made it a practice to ask for what she wanted at work and with her friends, the issue was not the successful outcome. Sometimes she got what she wanted, sometimes she didn’t. That was not the criterion. Her success was in having the courage to overcome her lifelong, paralyzing fear of displeasing people by asking for what she wanted. That was the accomplishment, that gave her the confidence and the courage to ask again the next time. The beauty was that she was worthwhile whether she got it or not! She was doing more and more things that the old Alison never had the courage to do. She felt liberated and in control.