Even Great Relationships Can Recover From Great Difficulties

Relationship ordeals are inevitable but survivable.

Under the influence of the “happily ever after” myth, we may have the illusion that marriage should be all spring and summer, all fun and games. Being “crazy about each other” unfortunately doesn’t guarantee long term bliss or a conflict-free relationship. It can be a shock to discover that trust goes up and down, as does the level of good will. In every marriage, there will be some very difficult times. We may be averse to going through times of uncertainty, fear, disappointment, or even betrayal, and when the inevitable occurs, we may feel furious or stunned or doubtful about our marriage surviving this desolate period.

Our faith will b 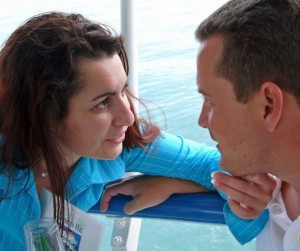 e tested. This phenomenon occurs in all relationships. Relationships that grow from, rather than succumb to these ordeals are not distinguished by the depth of the challenges, but by the willingness of both partners to face them honestly and directly. This willingness promotes the strength that provides the heat to warm us during the cold season. Just as spring follows winter, we can navigate through the difficult period, and the relationship will be born anew.

Brandon and Suzanne were married with two children. They loved each other but there was a serious problem: Brandon had a gambling addiction. Over time, Suzanne became increasingly distraught and overwhelmed with feelings of helplessness. Gradually her love became contaminated by feelings of resentment. She tried everything she could think of to influence Brandon, but nothing worked. His lies were as damaging to their marriage as his financial losses. Finally, Suzanne could barely stand to look at him anymore. They both knew that the marriage was over. They separated, initiating plans for a divorce.  Brandon moved to a different community and Suzanne stayed in their home with the kids.

Without Suzanne’s constant monitoring, Brandon plunged ever deeper into his addiction. Although he expected to feel relieved and free without Suzanne’s restraints, Brandon instead experienced an overwhelming sense of loneliness and shame. Even gambling had lost the power to soothe this pain. He sunk into his own private hell, finally hitting bottom . Out of his despair, he gradually found the motivation to change his life

Brandon took the step, getting into therapy and joining Gamblers Anonymous. He eventually realized how his long-standing wounds had resulted in his need for constant stimulation and excitement. During his appointed times for visitation with the children, Brandon attempted to make emotional contact with Suzanne. She remained cold and business-like. He tried to tell her of his realizations and recovery, but she was closed to his efforts. He wrote her letters, but received none in return. Nevertheless, he kept trying. Brandon was on a serious campaign to win her back. He was convinced that he had substantively and permanently changed, and was now worthy of her love and trust. He was determined to not just tell Suzanne this, but to show her. It was a long, harsh winter. But Brndon never stopped trying.

Spring eventually did arrive. A year and a half after the divorce, Suzanne’s feelings toward Brandon began to thaw. She let herself begin to trust his words and actions, despite her fear of more betrayal and disappointment. Over time, she began to trust Brandon enough to let him move back in with the family, and two years after the divorce, they re- married. They had two more children, and Brandon has remained on the wagon for over ten years with no signs of falling off. More important, he has demonstrated his commitment to being a loving and responsible husband and father through his actions, not simply through his words. They currently share a marriage that is far more solid than the one they had before.

Most couples don’t go through such a dramatic severance and reunification as Brandon and Suzanne, but nearly all endure some version of the death and rebirth cycle. Sometimes the coldest winter can precipitate the most joyful springtime renewal.