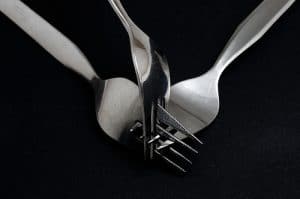 It can be tricky, frustrating, and even frightening. We can ensure that the process is as positive as possible by sticking to the following conflict resolution guidelines:

· Make the relationship our priority. Maintaining and strengthening the relationship, rather than “winning” the argument, should always be your first priority. Be respectful of the other person and his or her viewpoint.

· Focus on the present. If we are holding on to old hurts and resentments, our ability to see the reality of the current situation will be impaired. Rather than looking to the past and assigning blame, focus on what we can do in the here and now to solve the problem.

· Pick our battles. Conflicts can be draining, so it’s important to consider whether the issue is really worthy of our time and energy. Maybe we don’t want to surrender a parking space if we have been circling for 15 minutes. But if there are dozens of spots, arguing over a single space isn’t worth it.

· Be willing to forgive. Resolving conflict is impossible if we are unwilling or unable to forgive. Resolution lies in releasing the urge to punish, which can never compensate for our losses and only adds to our injury by further depleting and draining our lives.

· Know when to let something go. If we can’t come to an agreement, agree to disagree. It takes two people to keep an argument going. If a conflict is going nowhere, we can choose to disengage and move on.

Remain calm. Try not to overreact to difficult situations. By remaining calm it will be more likely that others will consider your viewpoint.

Express feelings in words, not actions. Telling someone directly and honestly how we feel can be a very powerful form of communication. If we start to feel so angry or upset that we feel we may lose control, take a “time out” and do something to feel steadier.

Deal with only one issue at a time. Don’t introduce other topics until each is fully discussed. This avoids the “kitchen sink” effect where people throw in all their complaints while not allowing anything to be resolved.

No “hitting below the belt.” Attacking areas of personal sensitivity creates an atmosphere of distrust, anger, and vulnerability.

Avoid accusations. Accusations will cause others to defend themselves. Instead, talk about how someone’s actions made you feel

Don’t generalize. Avoid words like “never” or “always.” Such generalizations are usually inaccurate and will heighten tensions.

Avoid “make believe.” Exaggerating or inventing a complaint or our feelings about it will prevent the real issues from surfacing. Stick with the facts and your honest feelings.

Don’t stockpile. Storing up lots of grievances and hurt feelings over time is counterproductive. It’s almost impossible to deal with numerous old problems for which interpretations may differ. Try to deal with problems as they arise.

Avoid clamming up. When one person becomes silent and stops responding to the other, frustration and anger can result. Positive results can only be attained with two way communication