Fed Up in Your Marriage: Making Choices 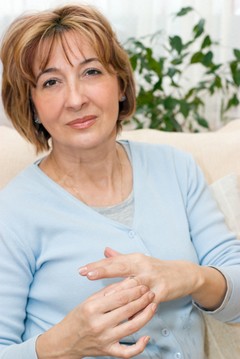 After four years of frustration, Sherri had come to the realization that she was married, but her husband wasn’t.

Her husband came and went without telling her his plans. He spent money and didn’t bother to consider their budget. He made a mess and never helped to clean up. He consistently did as he pleased and didn’t consider how his behavior impacted his wife.

After a few counseling sessions, Sherri chose to make a decision on her own behalf. She took off her wedding ring. She didn’t do it to spite him, she did what she judged to be appropriate for her under the present conditions. She didn’t even bother to tell him about it.

Some time later, Sherri’s husband Rob noticed that she wasn’t wearing her ring. He became upset, not at losing his wife’s love and trust, but at the thought of being judged by others and having to face the failure that he couldn’t make his marriage work.

Rob asked Sherri to put it back on. She said, “No.” There was no debate, no tug of war, no battle of arguments, no explaining. Rob could tell that Sherri was no longer trying to please him. He had forfeited her trust, her loyalty and her love long ago.

Sherri stuck to her position. She felt in control, not of her husband or her relationship, but of herself. She had an identity of her own. She was the one who made a choice on her own behalf. She felt mature and in control. Her old feelings of anxiety and stress had disappeared. She felt security from within, trust in her judgment, confidence in her ability to cope, and accomplishment from pushing her comfort zone.

After several days, Rob told her how he felt about the ring and about her. Her action had spoken louder than all her words. He didn’t blame her. He was finally able to take responsibility for his selfish and inconsiderate behavior. He was beginning to see himself as others saw him. These were the words that Sherri had been waiting to hear.

Surprisingly, their marriage is doing much better now. Rob is working to regain the trust he had thrown away so many times. He is respecting her judgment and her independence. He may never be a total grown up, but he is better than he was. In Sherri’s eyes that is “good enough” for now. She still has the power of choice.