Freeing Yourself from a Dsyfunctional Family 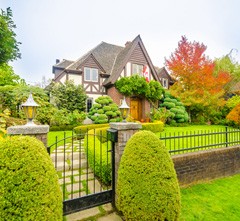 Ann came from a wealthy family in the suburbs. Behind the walls of her expensive home, her stock broker father was an abusive drunk. Her mother was a submissive victim. Her older brother was a sadist and her younger brother was a psychopath.

As a child, Ann used her innate intelligence to cope with her dysfunctional loved ones as best she could. She didn’t rebel or make waves. She withdrew to avoid provoking their painful behavior. When she was out of their sight, they couldn’t torment her. But, her brothers would break into her room to terrorize her in the middle of the night. When she complained to mom, she said, “They’re your brothers. They love you.” Ann’s mother could not see her pain. She was lost in her own.

Ann left the house as soon as she was able and went as far away as she could get. However the damage had been done and she took it with her wherever she went. She was an attractive, talented artist and had an analytical mind, but she attracted men who were as damaged as the family she left behind. They were lazy, unhealthy and abusive, but she stayed in these relationships, trying to resolve their endless problems. She was uncomfortable with men who would respect her and offer kindness. Such people were foreigners in her world.

Ann came in for counseling to relieve the anger she bottled up from her childhood. She soon learned that legitimate anger was not a crime and she wasn’t guilty if she expressed it. She learned to stop feeling responsible for fixing her damaged partners, which she had no preparation or competence to do. She replaced her good intention of taking accountability for people in need, by taking responsibility for her own well being. She learned not to defend her ideas when others criticized and ridiculed her. She learned not to take the selfish behavior of immature people personally, as if it had anything to do with her worth as a person. She was worthwhile in spite of what they said. She learned to ride it out.

Riding it out involves consciously choosing to give false accusations all the attention they deserve, namely none. Ann learned to take control over herself and by choosing to stay calm. She was not taking the bait. Riding it out meant that others will not have the power to provoke her. Their words were not for her. There was no need to respond. Ann choose to use her judgment to stay quiet, since they would not listen to what she has to say anyways. They were merely “firing for effect.” They wanted to intimidate her by using strong words or tone to show dominance. This was done to push Ann into submitting. Instead, she could agree that they feel the way they feel: “You sound hurt “. That must be painful”. She could keep her version of the facts to herself. This is called, discretion, which is the power to choose how much we wish to reveal and when. Right now, she may not choose to reveal anything. It wouldn’t help if she did. They weren’t interested.

She broke her old habit of trying to make people understand her against their will. Instead, she choose to agree with the feelings, not the facts. Ann was able to agree that they feel the way they feel. She said things like, “It’s awful, isn’t it!” Or, “I don’t blame you for being angry.” She was not agreeing that they were right in their “facts.” She was just letting them know she heard what they said. She was simply agreeing that they said it. This is not “pleasing,” or “kow-towing,” or “giving them the satisfaction.” It is taking the wind out of their sails by depriving them of a target.

After several years, Ann moved back to her home town to help care for her aging parents. Her brothers certainly weren’t going to do it. Her older brother was a stock broker, but still a sadist. Her younger brother had been in and out of jails and hospitals. When he remembered to take his medicine, he was less violent and more approachable. Ann’s mother was still a depressed drudge on her 75th birthday. Ann’s father had not taken her mom out for a romantic dinner as far back as Ann could remember. Ann decided to invite her mother out for an elegant dinner Saturday night, just the two of them. Her mother didn’t know what to make of Ann’s kind invitation, but she accepted. They had a quiet, lovely dinner. They talked like adults, as two equals.

A few weeks later, her father actually asked his wife to go to a company banquet for the first time in 20 years. They had a pleasant evening. He treated her with respect. I explained to Ann that self-respect, when modeled properly for others to see, is often contagious. Our model offers people a choice they didn’t know they had. They are free to take us up on it or not. They can stop being hurtful and can cooperate in a context of mutual respect.