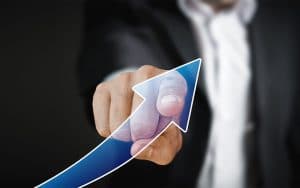 One day a father and son were on a long hike though the mountains and stopped to rest near a large pond.

As the father was admiring the scenery, his son turned to him with a troubled look on his face. He said “Dad what’s wrong with me? Why do I get the feeling that I cannot do anything right and everything I do makes things worse.”

“Come and sit down,” his father said, patting the ground next to him, and the young man sat down. “Now, get a small stone and throw it into the pond.” said the father.

Searching around him, the son grabbed a pebble and threw it as far as he could. “Tell me what you see,” his father inquired. Straining his eyes to not miss a single detail, his son looked at the water’s surface and replied, “I see ripples.”

“Where did the ripples come from, son?” “Well, duh, they come from the pebble I threw in the pond dad.” “Ok, now reach your hand into the water and stop the ripples”.

The young man stuck his hand in the water as a ripple neared. “Were you able to stop the ripples with your hands?” his father asked. “No, of course not. It only caused more.”

“Could you have stopped the ripples, then?” “No, dad.”

“What if you had stopped the pebble from entering the water to begin with?”

Next time you are unhappy with your life, catch the stone before it hits the water. Do not spend time trying to undo what you have done. Rather, change what you are going to do, before you do it.