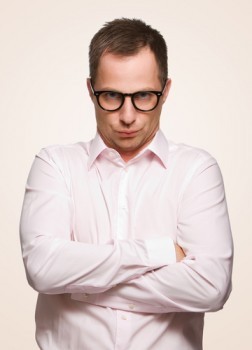 We may describe Mark as irresponsible, lazy, rebellious or stubborn. He won’t cooperate with us in accomplishing the routine tasks of everyday life. To him, everything is “boring,” and he must escape from this “boredom” into “exciting” activity or useless time wasting. He says to himself, “I am exempt from the burdens and responsibilities of life because I am special, unique.”

Mark has done nothing to earn this special status. It was given to him early in life by imperfect parents who had problems of their own. They may have been operating out of such attitudes as “I don’t want my child to suffer as I have suffered so I’ll give him everything he wants,” or “I don’t want to be like my parents, so I’ll go to the opposite extreme.” These are negative ambitions, they cannot have a positive outcome.

Mark is also exempt from guilt, fault and blame. Nothing is ever his fault. He is never wrong. These are not facts, these are his self-serving views of reality. These attitudes are his powerful defenses against the painful truth that we are all both unique and ordinary. They enable him to maintain his facade of superiority.

Mark feels exempt from the consequences of his behavior. He says, “I don’t understand what you’re talking about” and he means it. Asking him to accept the reality of what he has done is unacceptable. He really does not understand our logic that just because he did something wrong, he has to be inconvenienced. He doesn’t like to be inconvenienced. He prefers to get his way.

Instead of trying to make him understand, which is a waste of our time and effort, we can drop the tug of war rope and live on our terms. “Mark, why is it my problem that you don’t understand. It’s your problem and I do not have to solve it. Understanding is not a requirement, it is a choice. There are going to be consequences whether you understand or not. ”

Mark does not play the victim role, he is almost always the bully. He seeks out people who are vulnerable and blames them for his mistakes. He holds them in contempt for being weak and he treats them accordingly. He can’t see what’s wrong with treating people as they ‘deserve” to be treated. “It’s their own fault for being so stupid.” He only plays the victim role when he doesn’t get what he wants, or when he is threatened with punishment: “Wait a minute! I’m the victim here!”

Marvin is not capable of loving a fellow human being. He does not love himself. What is his “love” worth? Nothing. It is not love at all. He doesn’t care if people really love him. What he wants is to use them to solve his problems. He can keep his pain at bay by scapegoating and accusing others. If they dare protest, they deserve to be punished for inconveniencing him with their complaints.

We all want our way. Mark’s attitudes are different from ours in that he feels little or no responsibility for cooperating or compromising. It is his companion’s responsibility to make it happen. His assumption is, “I have the right to take without giving.” This is selfishness. “I have the right to complain when I don’t get what I want when I want it.” This “getting” is not happiness, either. It is childish self-indulgence. He will want something else in five minutes.

• “After all I’ve done for you.” (A guilt trip. He isn’t aware that he has done nothing for you.)

• “It’s the principle!” (He doesn’t know which principle it is.)

• “You’ll be sorry.” This is called intimidation. He is using fear to control others. He may even carry out the threat if he becomes angry enough. He will feel entitled to punish you for displeasing him. This scare tactic has the purpose of ensuring that you will give him what he wants next time.

People like Mark, often marry a partner whom he will hold in contempt for being so stupid as to marry someone like him. He will hold his children in contempt because they are his. He cannot be content with his accomplishments or his relationships. They do not bring him true happiness or joy. He will abuse and abandon them in direct proportion to the degree of his contempt for himself. These behaviors are the diagnostic indicators of his self-contempt, his underlying pain.

He cannot let his guard down because his facade of smug self-satisfaction, there is the ever present attitude that “Bad things happen when I lose control.” Happiness might result in letting his guard down. That’s when the “bad thing” can happen. He cannot let go and be happy. He is allergic to happiness.