Hanna Rosin Dissed Mindful Parenting Because She Doesn’t Understand It 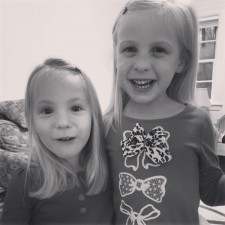 Look how cute they are! You’d never know they were plotting against me…

As I have written before, I am pretty ambivalent about the current mindfulness bandwagon. On the one hand, I am so grateful that a scientifically supported, ancient wisdom is finally making its way into the popular media and American consciousness. On the other hand, I’m afraid it’s going to get lost in a sea of kale and gluten-free bread, destined to be swept away in the next big storm of self-help fads.

I feel similarly about mindful parenting. (I wish I could come up with a better phrase for the application of mindfulness to our interactions with our children, but I haven’t yet.) Mindful parenting sounds like a fad, in the same vein as attachment parenting, tiger parenting, helicopter parenting, and whatever else parenting is coming next. Hot today, gathering dust on an over-tired parent’s bookshelf tomorrow. One of the problems with this sort of passing attention to something like mindfulness or mindful parenting is that people (myself included) write brief blog posts or even briefer status updates or tweets about it, and inevitably, we are misunderstood. The concept is misunderstood.

It’s happened once again, this time by Hanna Rosin, senior editor at The Atlantic, and founder of Slate’s DoubleX Blog. In her most recent piece on the blog, Rosin essentially endorses of the concepts of mindful parenting (including a description of this blog as “often smart and knowing” – thanks, Hanna!) while simultaneously dissing the whole idea. I suspect that she is having a similar reaction to mindful parenting that I have to most parenting theories, something along the lines of “Great. Just great. Another thing I’m not doing, another way in which I am colossally screwing up this whole parenting gig. I’m too tired for this sh*t.”

I wonder if Rosin might have responded differently if she had a better understanding of mindfulness. The end of her piece gets right at the heart of the most common misconception about mindful parenting:

“The last thing American parents need are more goals that they are failing to meet. ‘Breathe’ and ‘live in the moment’ are just two more things you didn’t get to that day.”

Let me start by saying that I agree with every single word Rosin wrote in those last two sentences, but they have nothing to do with mindfulness. (To be honest, the last time someone told me to “breathe” or “live in the moment,” I wanted to kick her in the teeth.)

Nonetheless, Rosin has missed the point.

Mindful parenting isn’t about adding another nagging task to our endless parenting to-do list. If that’s what it’s become for you, then by all means, ditch it, because whatever you’re doing probably isn’t mindfulness (and certainly isn’t in the spirit of it) and it’s not going to be helpful. (Alternately, feel free to get in touch with me, and we’ll talk about it.) Let me give you an example of what mindful parenting actually is, and what it isn’t, both courtesy of yours truly.

Just a few hours ago, I was getting my girls into their pajamas. I had told them that if they followed directions and were helpful during bath time, we could watch one show before bedtime (Doc McStuffins, if you’re curious). Before I put my 3 year old into her pull-up, I told her that I didn’t want her to pee in it, and that if she had to go to the bathroom during the show, I wanted her to tell me so we could pause it and she could go to the potty. I had her repeat my instructions back to me so I know she heard them. After I put her pull-up on, but before the pajamas, I asked her again if she needed to sit on the potty. She said no, she didn’t need to pee.

You know how this ends. The minute I had her pull-up on and pajamas zipped, she peed.

My gut reaction was to freak out: “ARE YOU KIDDING ME?? I JUST TOLD YOU NOT TO PEE!! LIKE THIRTY SECONDS AGO! YOU’RE NOT GOING TO WATCH THE SHOW!!” I have reacted to my girls that way more times than I would like to admit, and I likely will again. But in that moment, for whatever reason, I was able to slow down and just think for a minute. Whether I liked it or not, the pee deed had been done. That wasn’t going to change. As soon as I realized that, I had a choice. I could either freak out on her (still an option), or I could not. I knew how freaking out would end: I’d yell and set some limit I didn’t really want to, she’d start crying, and the end result would be that we’d both feel bad, very little learning would happen on her part, and her pull-up would still be wet. I decided not to freak. I told her I wasn’t happy that she had peed, and that she would need to change her own pull-up before bedtime.

Now, you may or may not agree with the way I handled it—perhaps you would have given her a consequence or taken away the TV show or something else. That’s all fine and good, and it has nothing to do with mindful parenting. Mindful parenting isn’t about whether we use 1-2-3 Magic or Love and Logic. It’s not about whether we sleep train or breast feed or homeschool. It’s about the ability to tune into what is right in front of us, to accept it without judgment, and to make enough space in our crazy brains to make a choice about how we want to respond. That’s it.

About five minutes after the whole peeing-in-the-pull-up incident, the girls and I sat down in front of the iPad to watch a show. Almost immediately, my older daughter started saying something about something freezing. I was reading a book on my iPhone, and not paying attention. I started to get annoyed; I finally had a chance to sit down after wrangling the girls through dinner and bath time and I didn’t want to get up again to find a blanket. I told her she would warm up, but she kept nagging me about freezing. I was getting increasingly irritated, and I was just about to snap at her to calm down when I actually looked up.

The TV show was frozen. Not my kid.

My poor daughter and I would have both been spared the impact of my annoyance if I had just taken a moment to look at what was literally right in front of my eyes. That right there is mindless parenting. I’m really good at it. It comes naturally to me, in fact, but not because I’m a crappy parent (most of the time) or because there is something fundamentally wrong with me (I hope!) or because I’m not working hard enough. It’s because I’m a human being, and human parenting is damn hard.

Mindful parenting is fundamentally about how we approach whatever it is we are thinking or doing. Are we distracted, judgmental, angry, anxious, or controlling? Or are we aware, connected, compassionate, and forgiving? (And I’m not just talking about how we treat our children here. I’m talking about how we treat ourselves. The two are inextricably connected.)  Are we able to notice the crazy monkey flinging crap all over the inside of our brains and just let it go, perhaps chuckling at bit at ourselves as we mentally walk away? Or do we get so caught up in trying to catch the little jerk and cleaning up the mess that when our child happens to wander into the room, we bite her poor little head off?

If you can kick that monkey to the curb, on a regular basis, without much help or practice and without beating yourself up in the process, do it! I wish I could. But I can’t. I tend to revert to anxiety, micromanagement, and irritability far too often, which is why I make it a point, at various times throughout the day, to take a moment to breathe, focus, and try to get outside my own head for just a minute. I wander quickly and frequently, but as soon as I can remember, I try to come back to what is actually happening in front of me, whatever it is. (It’s also why I meditate several times a week—it’s literally training my brain to slow down, calm down, and be as nice as possible as often as possible.)

The ideas of mindful parenting help me stay connected to my kids, grounded in reality, and as present as possible as often as possible. If they do the same for you, that’s great. If you want to get there some other way, do that instead. It doesn’t have to be any more complicated than that.