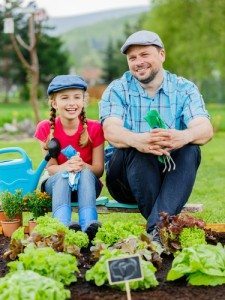 It’s hard enough to navigate social media as an adult. Many of us start feeling envious of others’ lives and experience self-doubt. Even one image can lead us to question everything from our weight to our worth, from our career choices to our day-to-day routines. We know the images are highly curated and captions are carefully selected, but that doesn’t stop us from getting sucked in. We also might feel hurt by insensitive comments and let “likes” dictate our mood (and our self-worth).

So it makes sense that social media would be even trickier for teens—who are in the thick of emotional and physical changes, in the thick of trying to figure out who they are.

“Social media is so incredibly powerful at influencing one’s sense of self, especially for young girls,” said Emmy Kleine, a licensed psychotherapist, specializing in the treatment of adolescents and young adults in her private practice in Brooklyn.

Many of Kleine’s clients struggle with anxiety, depression and low self-esteem because of social media. They have to deal with online bullying, which comes in many forms: Other girls reveal their deepest secrets, and send malicious messages. Kleine once worked with a girl whose classmate made a hurtful comment about her acne, which other classmates could see. She was humiliated and devastated.

Psychotherapist Alyson Cohen, LCSW, who specializes in working with teens and young adults, also has seen bullying at her practice. Most commonly, someone will “subtweet” her client, “leaving a comment that is passive aggressively bullying them and others either respond or like it.” This has caused her clients to feel isolated and depressed and to anxiously monitor their social media.

Another common consequence Cohen sees at her practice is girls feeling excluded from social activities. “Many arguments and feelings of resentment have been caused by seeing images of their friends doing fun things together that they were not invited to.”

Kleine has worked with girls who’ve been pressured to send nude photos. Art therapist and licensed professional counselor Rachael Morgan has too. Some of these girls have sent photos using Snapchat, an app that deletes images after 10 seconds or 24 hours. However, users can still take a screen shot of the photo, and upload it anywhere.

As Morgan said, “Without knowing this, what a girl might have thought as an innocent gesture to appease her begging boyfriend suddenly turns into a horrifying experience within a social group in an already tumultuous developmental stage, with sometime serious and lasting consequences.”

According to Morgan, parents are the first line of defense in helping their kids traverse the challenges of social media. “They need to outsmart the smartphones.” Below, you’ll find specific tips on how.

Get familiar with social media. Morgan stressed the importance of learning about the apps your daughter is using. Learn how they work, and ask your daughter to show you her accounts. This helps you build trust and monitor their content, she said.

Don’t be sneaky. Cohen has known parents who’ve hacked into their teen’s phone or created fake accounts to follow their social media. This breeds distrust, which is one of the worst things you can do, she said. Because your child won’t want to come to you for help when they really need it.

Talk about appropriate posting. Give your daughter the tools to help her thoughtfully consider what she posts, whether it’s her photos or comments. Encourage her not to participate in bullying or mean postings, Cohen said.

Kleine shared these examples of questions you might ask: “Would you show this photo to your teacher, little brother, or soccer coach? How might this person feel when they see this post? Will you hurt their feelings by making this post or comment? Is this the image you want to portray of yourself to the world? Would you be OK with this post remaining online for an indefinite period of time? Is there a chance you will regret making this post a year from now?”

Limit social media. Kleine has found that parents make the mistake of letting their kids spend too much time on social media. “Children might be sitting in the same room as their parents, but are disengaged in family time, scrolling mindlessly on Instagram.”

Instead, engage with your kids as much as possible, she said. By doing this, they’ll “be less likely to spend time on social media seeking reassurance and validation from others. They’re already getting it at home.”

Morgan also suggested limiting the time spent on social media—such as after homework is done—and keeping devices out of your kids’ bedrooms. If your daughter has been bullied, you might suggest she take a break from social media.

Talk about boundaries. Teach your kids to say no, and empower them to set boundaries that protect them. Ask open-ended questions, so you have an ongoing dialogue, and your teen feels safe sharing, Morgan said.

She also underscored the importance of not being reactive when it comes to difficult situations, such as nude photos. Instead of contacting the boy’s parents, the exact action your teen likely doesn’t want, problem solve together. Consider seeking help from a therapist. Morgan’s clients told their moms about their boyfriends’ requests, and they sought Morgan’s help.

Help her process situations. Whether it’s cruel comments, feeling left out, or any other social media-related situation, process it with your daughter. Help her learn from these experiences. According to Morgan, discuss what felt bad; what could’ve been done differently; how she can handle it next time; what she’d tell a friend in the same situation; and what makes her feel better. Listen, and validate your daughter’s emotions.

Remember the positives. “For parents to have an only negative view on social media is a sure way to alienate your teenager from having a trusting and communicative relationship with you as a parent,” Cohen said. And social media does have upsides. For instance, it’s a great way for teens to support each other, show gratitude for a special friend and give birthday shout-outs, she said.

It also can be a platform for empowerment and social change,” Kleine said. Teens can start conversations about topics that are important to them, which can start global movements. They can follow their favorite authors, artists and bloggers, and join different communities.

Plus, using social media prepares kids for communicating in the digital world—like in the workplace, which includes teleconferencing, emailing and having an online presence, Cohen said. “It just another avenue for developing other social skills that are as important as in-person social skills.”

Spend time together. This is also another way of creating a safe environment that fosters sharing. Cohen suggested having at least two or three meals together, spending quality one-on-one time, and establishing structure and routines.