How Much Longer Do You Plan To Punish Yourself? 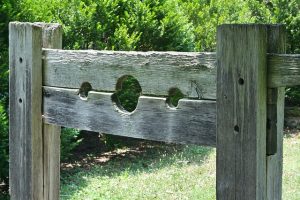 Our problems with guilt, often have two components: the current triggering “offense,” and our underlying, residual feelings from the past.

When something in the present reminds us of a similar feeling from the past, they combine to make us feel guiltier than we need to feel.  This excessive guilt can be very painful.  In extreme cases, we say the person is a “martyr”.  These people are guilty in advance.  It’s only a matter of time.

Our excessive guilt originates in childhood. Every very six-year-old knows that when we are wrong, we deserve to be punished. More specifically, when we don’t trust ourselves to make good decisions, we fill our mind with doubt as punishment. This is done with the hope that we will avoid the same mistake next time. Yet, the cycle repeats itself because people who feel stupid are guilty of being wrong and need to be punished, which makes them feel stupid and so on.

Fault-finding is a common response when faced with disappointment and inconvenience. Every person approaches a problem or setback in one of two ways. Some focus on the problem or the reason why a problem emerged (problem focused thinking). Others prefer to think about possible solutions that help them to solve a problem (solution focused thinking).

One facet of a problem focused approach is to relieve the discomfort of “not knowing who did it,” by blaming and finding fault. As if such “answers” will provide security and a feeling of being “in control” of a situation.

Another aspect of a problem focused approach is to achieve “fairness.” This motivates us to seek out the “perpetrators” so that we can give them the punishment that they deserve. “How else will they learn the error of their ways?”

This never works. In an imperfect world, imperfect people often make mistakes that are not intentional and therefore, hardly a matter of criminal activity that warrant guilt and punishment. When children knock something over accidentally, is that about fault? Or is it a human imperfection? Do such “faults” have to be “found in the name of “justice?”

The purpose here is not to improve relationships or to secure cooperation, it is to show responsibility. Some take it upon themselves to provide accountability and prevent others from getting away with it, which they assume will avoid more problems in the future.

Even though we all make mistakes, some of us were made to feel that it was a catastrophe. Some parents blamed us as children, but they didn’t know that we were secretly blaming ourselves.  Instead of reassuring us that it wasn’t our fault that mistakes happen to imperfect children, they rubbed it in our face for maximum effect.  In the absence of the reassurance of our innocence, we assumed that our perceptions of guilt were correct.  Some of us may carry this load of residual guilt into adulthood where it interferes with our happiness.  We cannot be happy and guilty at the same time.

Like most emotions, guilt is not static.  It is dynamic.  To a child, the occasion of guilt is only the first step in a continuing process.  Its outcome is a constellation of attitudes that form below conscious awareness and stay there, ready to be activated the next time we make a mistake.

Our mistake is to take these judgements literally, personally, and serious. When we do, we make the mistake of choosing to plead our case in an imaginary court of law with a judge and jury of one. We make the mistake of defending our innocence to avoid being convicted as guilty and deserving punishment.

The issue is not guilt, fault or blame; the issue is human imperfection. We are still worthwhile human beings in spite of what happened. It was not a crime to make a mistake and we are not guilty.