If People Understood: Connecting the Public to Homelessness 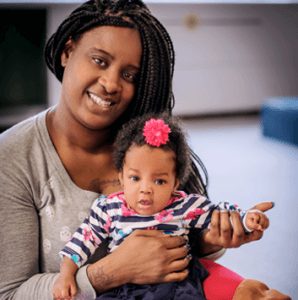 Lucy May at WCPO does such a great job reporting on the topic of homelessness. Her recent article was no exception.

Read: Family Homelessness is up, but Greater Cincinnati is Making Progress

During my interview, Lucy and I found ourselves discussing an unusual challenge that we frequently face in the fight to end homelessness: helping people in the community understand who is actually homeless. People’s perceptions frequently do not match reality.

The reason I’d like people to have a better understanding of who is homeless is because I firmly believe that many people would, of their own volition, be inclined to help if they only understood who the homeless are—that if people understood how many kids are homeless, they would help; that if the average person knew how many people are homeless due to challenges that could have just as easily befallen any of us, they would be inspired to take action.

Said another way, it is the myths of homelessness that keep the collective good will of our community from being targeted toward helping the homeless. If an average citizen, when asked to picture a homeless person, imagines an older person with a bottle of alcohol in their hand, it is unlikely they will want to volunteer or help, but if that same person knew that almost 2,000 kids were homeless in our community last year, and instead pictured one of those kids, they might be more inclined to act.

So who do you picture when you imagine a homeless person?

So when we discuss homelessness, it’s important that we shed the stereotypes and assumptions we might have about who is homeless. By understanding the realities of homelessness, I believe people will act to end homelessness.