If Your Work Eats The Lion’s Share of Your Energy, Your Marriage Will Starve 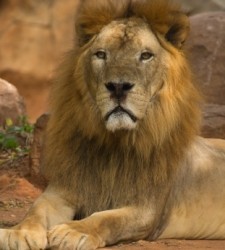 Matt’s parents divorced when he was four. His mother and two sisters raised him. His mother never remarried and the family struggled financially throughout Matt’s childhood. While growing up he continually vowed that he would never be poor again, and that his children would never lack any material thing they ever wanted. He married Deborah, who recognized in Matt, not only a man of great ambition, but also of kindness and compassion.

However she also saw that his childhood experience had left him with unhealed emotional wounds. She loved him deeply and felt certain that her love would mend the insecurity that drove Matt to strive so relentlessly to succeed.

When her efforts failed to neutralize Matt’s hyper-ambition, Deborah became resentful and frustrated, often accusing him of caring more about his business than their family. “That’s not true,” he would insist, “I’m committed to the family and I’m determined to see to it that you don’t go through what I went through growing up. You just don’t appreciate what I’m doing for you. You’re ungrateful.”

Matt’s defensiveness and Deborah’s frustration created a stalemate that seemed unbreakable. But the real problem was that they had polarized one another, taking opposing positions that made it seem as though the choice between favoring work over family, or vice versa, had to be made. This impasse made it impossible for either of  them to hear the other’s perspective.

On the advice of a friend who suggested to Deborah stop calling Matt an “uncaring workaholic”  Deborah initiated a conversation that shifted the mood of the conversation in a way that re-established the connection that years of arguing had broken. She told Matt how much she missed him and how sad she was that the children were growing up without the presence of a loving dad, just as he had. She reassured him that she didn’t want him to give up his work, only to open up more time in his life to include the family. The sting of her anger was replaced by the softness of her care. As a result, Matt gradually became more able to hear the truth of Deborah’s words and her feelings of love that lay beneath them without becoming defensive or angry. For the first time, he was able to see the possibility that he could have both his work and his family.

From that point on, Deborah and Matt worked as partners in co-creating a life together that worked for all of the family. They were no longer on opposite sides of the fence. Like all couples, they still experienced occasional difficulties and setbacks but they never reverted back to the antagonistic pattern that nearly destroyed their marriage. Matt kept his job, modified his hours then found another job that didn’t require him to work 70 hours a week. Deborah got back into the workplace herself when the kids got a little older and together they created the balance and harmony in their family that they both had craved and envisioned from the beginning. “We both had thought that there were only two possibilities and neither of us wanted to be the loser in the game. We found out that there can be more than two possible outcomes in a polarizing situation. Sometimes it’s good to be wrong about what you think is right.”