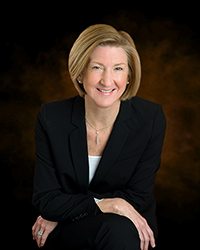 We are a week away from a county-wide vote on the Children’s Services Levy (Issue 53). I am asked nearly every day what the levy is and how the money is used.

The levy raises funding for services to abused and neglected children, as well as their families. The levy generates about $40 million a year. That local money is used to match federal funding and bring in about $40 million more. So, for a little more than $1 a week (for the owner of a $100,000 home), our community is able to generate about $80 million to serve children and families.

We helped nearly 16,000 children last year with services designed to keep them safe in their home (mental health treatment, substance abuse treatment, domestic violence programs, parenting classes and more), or with foster care and adoption so they are safe outside the home. These services are mandated by the federal government and must be provided.

The 2.77-mill levy will not raise taxes. In fact, the levy has not been increased since 1996. It actually generates less now than in did at its high point in 2007, when it generated $47 million.

This money is obviously crucial to our agency’s success. We believe we operate as efficiently as possible without overburdening taxpayers. A recent independent audit found that Hamilton County spends about $87 million annually on child welfare, while Franklin ($193 million) and Cuyahoga ($133 million) have levies allowing them to spend much more.

Only about half of the counties in Ohio have a levy. The state of Ohio, which ranks last in the nation in funding child welfare, only provides Hamilton County with about 3 percent of its child welfare funding. The levy and the matching federal money accounts for the overwhelming majority of what we spend in the county.

In 2011, the Children’s Services Levy passed with support from 72 percent of those who voted on the issue.

As voting day approaches, there may be many in our community who don’t know much about the levy or are undecided on how to vote. I hope this information was helpful.