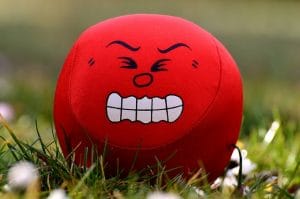 Many people find it hard to say that they are sorry to someone who is angry.

They have learned that “I’m sorry” is tantamount to an admission of guilt. “Why should I say, ‘I’m sorry?’ I didn’t make him angry,” but “I’m sorry” is really an expression of regret. Regret is the sincere wish that things were not the way they are. We know that anger hurts, and we regret that they are so much pain. When a self-respecting individual says, “I’m sorry” with the right tone, it is not perceived as an admission of guilt but as a sincere, heartfelt expression of empathy in a difficult time.

We do not argue with such childhood logic. Blaming doesn’t help, it distracts us from the real issue which is the pain of their anger. When we can say, “I don’t blame you for being angry,” we behave appropriately in the crises. We validate their distressful anger despite its unpleasantness. In so doing, we are validating them as a worthwhile, acceptable person in spite of it. Hopefully, they hears us expressing words of empathy and compassion – not rejection or condemnation as they may have expected. We are confirming their worth as a person in spite of this temporary departure from rational behavior.

We are setting an example of competence in anger management that they have never seen before. Perhaps, they might learn something valuable from our example that will provide them with some relief from their own feelings of inadequacy to cope with the anger of others.

This is not a mindless good intention, this is a real intention. We know what reality requires us to do and that is what we are doing. We are not making something up in order to conceal our secret inadequacy. We are not doing more than reality requires. We are not trying to control or fix their susceptibility to anger by saying, “Look at you, sniveling and stomping like a three year old. You should be ashamed of yourself. Grow up. Pull yourself together.”

Nor are we doing less than the crisis requires of us. We are not withdrawing in fear from their out-of-control, unpredictable behavior. We are riding it out with them. We are not abandoning them as they may have expected us to do. We are not washing our hands of them in discouragement: “I give up. After all I’ve done for you, you still can’t behave yourself like a civilized human being. I’ve had it with you.”