Marriage Can Heal Old Wounds from the Family 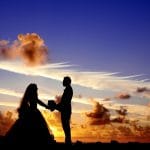 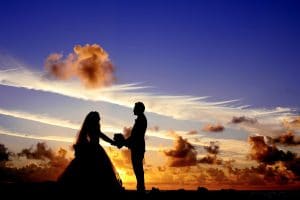 Linda: Sometimes, the greatest lessons that we learn in our family of origin have more to do with what we don’t want than what we do. Judith grew up in a family that valued money beyond all else. Her father, a product of the depression, had grown up in poverty and had, as a young person committed himself to a life in which neither he, nor anyone in his family would ever know the kind of poverty that he had known as a child. Her father was materially successful, but at a great price to his relationships with his children and other family members.

In her words, “My father kept his promise to himself to have plenty of money, but he paid a huge price to keep his word. Everyone in the family did. Neither of my parents knew very much about proper parenting. My father was verbally abusive, and said things to me like ‘You’ll never amount to anything.’ Like him, I made a promise when I was growing up. I swore that I would never let money became more important than my relationships, especially with those people with whom I cared about most deeply.”

Even as a young adult, she worked for her father and he continued to verbally abuse her publicly. They had a contentious relationship, and couldn’t even be in the same room together because the tension was too high. When Judith realized that she had spent her entire life trying to avoid her father’s abuse, she left to take a job elsewhere. At her new job, she fell in love with Jake and got married. They were thriving as a couple and doing well financially, but her marriage had difficulty because she lived with a pervasive feeling of scarcity and insufficiency. Jake was devoted to her, kind and considerate, and yet she felt chronically anxious.

It was the warmth, security and support of her marriage that allowed her to consider a different orientation toward her father. Through a long series of conversations with her husband, she realized that her feelings of insecurity were related to her feelings of being unloved by her dad. She cried in Jake’s arms when she contacted the helplessness she felt about feeling that she could never win her dad’s approval. She connected the dots, and realized that acquiring peace of mind would require that she would finally deal with the anger that she had accumulated as a consequence of having spent years absorbing her father’s judgments.

Her husband asked her if she REALLY wanted to change things between herself and her father. With tremendous kindness and patience, Jake helped her to see that she had a choice. She did not have to be so reactive to her father. With her husband’s prompting, Judith decided to focus on herself rather than the ways in which her father had failed her. Jake helped her to see that she had an attitude of entitlement. Jake commented about what he observed on family visits, stating that whenever she was with her dad, her anger and hatred leaked out. Her dad certainly wasn’t the loving father she wanted, but she still held fast to the notion that her father owed her love simply because she was his daughter.

Once Judith realized that it could be different, and that she could make it different, this was a huge turning point. She realized that if she really wanted things to shift with her father, she would have to work at it and not waver. Judith became convinced that if she was consistent with her efforts, that after a time, it was likely that the tension would lessen or perhaps even disappear. She became convinced that she had to make her very best effort.

Through an ongoing series of conversations with Jake, Judith realized that until she stopped blaming her father for her unhappiness and started taking some responsibility for what she was contributing to the situation, that things would never change. In Judith’s words, “In holding my father responsible for my misery, I was accumulating resentment towards him that he felt whenever I was around him. Despite my efforts to conceal my feelings, there was no way that he or anyone around me could fail to notice the negative words and tone of voice that always came out of me when we were together. I realized that if things were to ever be different between us that I would have to change my rotten attitude to one of acceptance and love.”

As she continued to observe her interactions with her dad, it became crystal clear to her that it was her unexpressed resentment that contributed to the disconnection. She realized that it wasn’t just him. It was her anger, sense of entitlement, and bitterness that was a huge part of the problem. When they were alone, Jake commented about what he observed on family visits. She too began to see that her father would sense her feelings and leave the room within a few minutes. Jake was right there to assist her in this process in any way that he could, because he knew that there was a considerable reward for him if this old feud between his wife and his father-in-law could finally be laid to rest.

Judith set out on a mission to do everything she needed to do to make that happen. Judith reminded herself that she wasn’t doing this to change her dad. She needed to do this for herself, regardless of how he responded. She was aware that she wanted him to reciprocate, but held her preference lightly. Judith committed herself to watching every word that came out of her mouth. She even watched her feelings that she held towards her father because she knew that he was picking up on those subtleties as well.  She could see that it was her choice to choose conflict or peace. She worked diligently at intentionally replacing angry thoughts with appreciation and understanding. When she finally did stop coming to her dad with anger, everything changed.

Judith and her father had a breakthrough when they went on a hike as a chance to connect and talk. She asked from a place of tenderness, wonder and curiosity, “Why were you always so mean? Why did you say that I wouldn’t amount to anything?” My father answered, “That’s how my father was with me. My father became successful and taught me to be successful like him. I thought that’s what it took, to be strong and tough. I didn’t know any other way.” Judith’s father took her into his arms and apologized. With tears in his eyes said, “I’m so sorry. I never meant to hurt you.” And at that moment, she realized that he never knew how hurt she had been. She had never told him; she had turned all the pain into anger.

Judith told me that was the first really honest conversation that she had ever had with her father in her entire life, and she was over forty years old at the time! That conversation was an absolute turning point. She said that the therapy and workshops she had done helped a lot, but that it was the consistent support from Jake that helped her to hang in there when she had doubts.

Judith gained an understanding of what it requires for all of her relationships to work well, especially her marriage: her willingness to stop blaming others, take responsibility for looking at her part in the way things have been, risk being vulnerable, and to exercise the power to cause positive change. As a result of the huge shift in her orientation, her marriage and all of her relationships have benefitted as a result of finally having gotten complete with her father.

Judith says, “I now live with enormous gratitude every singly morning. I am grateful for my husband who was willing to lovingly hold my feet to the fire on this important issue. I am so glad to have a healed relationship with my father who is eighty-five. I am grateful for my friends and for the work that I love. I am grateful for the drive that I have had to do all the work that I’ve done to heal myself. There is such a sharp contrast between the life that I live now, and the one that I lived for so many years. I know that the gratitude that I live in is amplified by the difficulties and deprivation of my past. I rest in the certainty that I am living a life that matters.” 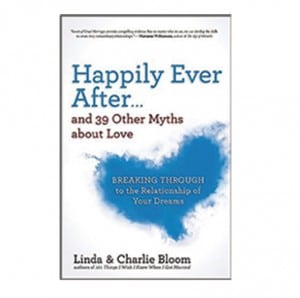