Myth: It’s Too Late to Bring It Up Now 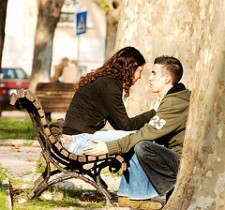 There’s a commonly held belief shared by many couples that after a certain point at which the time to bring up or continue an unfinished conversation (particularly one in which there is disagreement) is passed. That is, any attempt by one partner to revisit an issue that he or she felt incomplete with will be met with a refusal to re-engage with the subject. “That’s history”, “We already discussed this”, “You should have said this yesterday when we were having the conversation”, and “It’s too late to bring it up now”. These are some examples of responses that couples hear from each other when one of them doesn’t want to reopen a matter that they would rather not discuss. One of the things that couples with great relationships have in common is a shared commitment to talk about any issue that feels incomplete or unfinished with either of them, regardless of whether or when it may have previously been addressed.

Refusing to revisit unfinished business denies us the opportunity to become free from the heavy feelings that often accompany unresolved issues. Sidestepping potentially painful subjects can sometimes be a convenient justification to avoid risking emotional upsets. The problem is, of course that in doing so, we create a potentially greater risk; that is, the possibility of diminishing the qualities of trust, respect, and good will in our relationship.

We often hear people say that they don’t have enough time to talk anymore. A more honest response would be something like: “The last thing that I want to talk about is my feelings or hear about yours.”

Another factor in being resistant to dealing with unfinished business can be a fear that it is being brought up to criticized, shamed, blamed or punished by one’s partner. There may have been a good reason for things being stashed in the deep freeze, particularly if there was a painful disconnect in the first place. It’s always a good idea to examine one’s intention in bringing an issue up, especially one that has already been addressed. If the intention is to learn from the experience and create greater mutual understanding for the purpose of finally laying it to rest, it’s more likely that revisiting the concern will bring about a more satisfying outcome than an intention to coerce or punish one’s partner. Communicating your intention aloud to your partner will help to reassure him or her that your purpose is trustworthy.

Janet hit an impasse with her husband Wendell when she tried to revisit a painful (and common) issue: in-laws. By clarifying her intention and stating her feelings without blame or judgment, Janet was able to express her desire for Wendell’s involvement in a way that he could join her in her concerns.

Janet: Your parents called to invite us to come to visit. I want to talk about the last visit to their house when they were rude to me.

Wendell: What are you bringing up such old news for. That was a long time ago. If you had something to say bout it, you should have said it at the time. It’s too late to bring it up now at this late date. Nothing can be done about it now. We just need to be looking forward to the future.

Janet: I am looking ahead to the future, and that’s what I want to talk with you about, but I can’t just forget about the past. It’s still bothering me. I was hurt about how they ignored me. They devoted all of their attention to you and never even acknowledged me.
Wendell: Why do you insist on bringing up this old news? You mustn’t live in the past. Just let it go.

Janet: You’re right; it would have been better if I had done something about including myself into the conversations, or taken you aside to tell you privately how upset I was so you could help somehow, and I didn’t. That’s why I want us to get clear about what will work for me, how we can both set things up so that we don’t have a repeat of what happened then. I have some ideas about how we can prevent a similar situation from reoccurring and I think that it will be a win-win for us all. I’d really appreciate your willingness to hear what I have in mind and to work with me on this. Can you do that?

Wendell: Well, I guess so. Yes.

Janet: Thanks. It really means a lot to me that we’re on the same page, and if we work together on this I know that things will turn out very differently than they did last time!

The incident that is bothering Janet may be old. Sometimes people carry pain from incidents many years in the past. But the discomfort is present in their current experience. Wendell’s insistence that she “just let it go” is his attempt to avoid talking about an issue that is already costing him a deeper level of intimacy with Janet, and is likely to drive that wedge to a more severe degree if he doesn’t change his belief that it’s too late to discuss it. Covering over the issue doesn’t make it go away. Until Janet feels heard and understood and both of them learn how to make the visits to the in-laws work for them, the issue will be a chronic irritant.
With a large number of issues left unaddressed and incomplete, the well being and trust in the relationship falls. In this case Wendell did finally change his mind because Janet persisted and wouldn’t give up. Fortunately for them both, Wendell was open and wise enough to hear her distress. He pledged to make a committed effort to include her in conversations with his parents during their visits. Once Janet had a chance to be heard, she was able to relax enough to schedule another visit to Wendell’s family. The visit went well due to their pre-planning and cooperation around making it a success.

When there is a painful emotional charge on something that has happened, no matter how long ago. Speaking about a situation in a responsible way, with an openness to hear each other’s feelings and concerns can set the stage for inconceivable possibilities to occur.

There is no statue of limitations on past issues and it’s never too late to bring up a previously discussed subject. As long as our commitment is to heal the damage and restore trust and harmony, it’s likely that the results of our efforts will be deeply and mutually fulfilling!