Posting About Your Kids Online? Here’s What to Consider 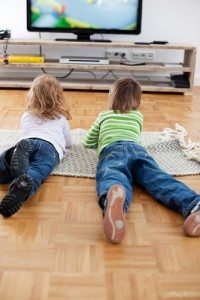 Most parents post pictures and videos of their kids on social media. In fact, one survey found that 92 percent of kids already had an online presence by the time they’re 2 years old. That statistic is from 2010.

Because posting is common practice, many parents don’t think twice about it. Many share photos and news to keep faraway family and friends in the loop. “[T]his is one of the ways they can feel close and connected to one another when the possibility of spending time in real time is impossible,” said Clair Mellenthin, LCSW, RPTS, director of child and adolescent services at Wasatch Family Therapy.

Many share photos because they already document the details of their daily lives online. It might feel odd to leave out their kids.

Plus, we see posting as positive, even flattering. We’re simply showing that we’re proud of our kids. After all, when we haven’t seen someone in a while, we naturally take out our phones and start scrolling through our latest photos. We see posting as harmless. We see it as funny and lighthearted.

But posting about our kids can be problematic.

“I work with teenagers, perhaps the first group able to look back on their parents’ posting about them on social media,” said John Duffy, Ph.D, a clinical psychologist and author of the book The Available Parent: Expert Advice for Raising Successful and Resilient Teens and Tweens. They don’t appreciate the attention. They feel like their parents are bragging and even exaggerating the reality of situations, he said. “Many of these kids have been embarrassed by their parents, and ask that their parents pass posts and pictures by them before they put them online.”

Psychotherapist Sean Grover, LCSW, worked with a father who posted a photo of his tween daughter having a tantrum. He thought it was hysterical. She was angry and deeply hurt. Initially, the father didn’t understand his daughter’s reaction. But after talking about it in therapy, he took down the photo and apologized.

“Whether or not parents realize it, posting even just one picture of their child on the internet can begin to shape their identity, and this can have an impact on their child later in life,” said Mia Gold-Rosenberg, LMSW, a child and family psychotherapist practicing as an associate at the group practice of Liz Morrison Therapy in New York City.

For instance, a photo might receive positive comments, such as “She looks so pretty!” or negative comments, such as “She looks sad” or “Why did you dress her in that top? She looks so silly in that!” “[T]he child may internalize these comments and begin to change the way they act or dress,” Gold-Rosenberg said. In other words, your child might start shifting themselves according to others’ feedback. They might start focusing on how many “likes” their photo received. If one photo doesn’t receive as many “likes” as another photo, your child might feel inadequate or as though they did something wrong, she said.

Today, “even young children are experiencing the same feelings of missing out, not feeling included, or feeling that they have to post the very best picture of themselves at all times.”

So what can you do?

If you decide not to post any photos of your child, it’s also important to have a discussion. Because your child might worry that you’re embarrassed or ashamed of them if they hear their friends’ parents are posting about them, she said. “Your child is looking to you for the reinforcement and validation, and it is important that there is a clear and simple explanation to them as to why you are or are not posting about them.”

Explore your intentions. Before posting photos (or videos) of your kids, ask yourself: “Why do I want to post this?” said Mellenthin, author of My Many Colors of Me Workbook. “Is this something that makes me feel proud, loving or competitive with someone else?”

Also, pay attention to your behavior when posting your own stuff. “Parents need to be aware that their kids are watching and are very aware of when, what, and why parents are posting,” she said. “Remember, your children will learn more about how to present themselves online from the way you present yourself and them, than they ever will from your lectures,” Duffy said.

Consider the potential outcome. All the experts stressed the importance of being very thoughtful about what you post. “It is important for parents to model consideration, and thoughtfulness. Impulsively posting questionable photos without thinking of the consequences is irresponsible,” said Grover, author of the book When Kids Call the Shots: How to Seize Control from Your Darling Bully—and Enjoy Being a Parent Again. “Photos that you think are funny [might be] humiliating to your children,” he said. Of course, there’s also a difference between posting a photo of your smiling second-grader on the first day of school and posting a photo of a vulnerable moment when they’re upset and crying.

Because everything that’s on the internet is there forever, Gold-Rosenberg noted that it’s vital to consider the effect your post might have on your kids when they’re older. For instance, as a teen, your child might be mortified that you posted a video of them throwing a tantrum or a picture of their naked body in the bath, she said. She suggested asking yourself: “Would my child want me to post this? Is it potentially embarrassing for them? How might this post be received in a few years?” Mellenthin shared these additional questions: “Is this something that could hurt my child’s feelings? Is this something that my child will be proud of?”

When your child is old enough, always ask permission before posting their photos. And as Duffy said, “be ready to abide by their wishes.”

It’s understandable why parents want to share photos and videos of their kids. You love them. You’re proud of them and their accomplishments, qualities and quirks. But sharing your children with such a large audience as the internet also comes with potential problems. The key, overall, is to be very thoughtful about how you use social media and what you post. Because doing so is just as important as any other parenting decision you’re making, from where your child goes to school to how you approach discipline.