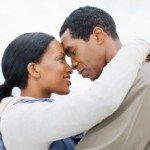 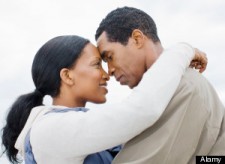 Linda: In the investigation that Simon and Davey embarked upon, they looked into the contributing factors that led to their infidelities. It soon became apparent that they had put their marriage on cruise control, hadn’t been paying attention, and had veered right off the road. In the realization that they had created a great deal of suffering for each other and themselves, these two made a firm commitment to spend more time together, and had many, many conversations with determination to discover how they had sunken so low.

Simon admitted that he had been concealing a lot more than his affairs. He hadn’t been willing to be vulnerable with her about how unhappy he was at work. He began to disclose how confused he was about what his next phase of professional life would be, and how afraid he was to start something new. Simon had been keeping an image up of having certainty about his career when he was far from certain about what his next moves would be. It was only when he got honest about how paralyzing his fear was about making a big career change, that Davey could support and reassure him to go forward with the next steps.

And he hadn’t wanted to admit that he was jealous of his own children, and needed more attention. They had slipped into an avoidant pattern that was keeping them from speaking about the important issues of their relationship such as how disconnected and alone they each felt. After these cleansing confessions, they both pledged to stop avoiding the tough issues, and to plunge in even if it meant that some strong feelings would come up. They vowed to be willing to have some arguments to get the feelings and needs out, so that they could become more authentic and real. Over many months, they continued the process of expressing the pain of not having their needs met and being so disconnected. They broke the pattern of suffering in silence, to replace that avoidant pattern with turning toward each other both literally and figuratively.

With some help from their counselor, they learned to expose their vulnerability. They were not able to forgive immediately, but in time they were able to let go of the hurt that they had caused each other. They instituted date night, and hired a standing babysitter so that they could go out regularly to enjoy each other. They kept that designated time for fun and relaxation rather than taking on the tough issues. They set aside the difficult issues to struggle with in a separate designated time.

Davey made a concerted effort to take time away from the children that she so delighted in taking care of, to give attention to Simon. Once Simon changed his pattern of impatiently waiting for her attention, he admitted when felt lonely for Davey, and reached out to ask for time with her. In a matter of months, they both noticed evidence of their marriage healing and the trust beginning to grow strong. They could clearly tell by the increased frequency of their emotional and sexual connection and a noticeable lack of tension, that a generally sweet atmosphere once again characterized their home.

Davey knew her husband better than anyone else in the world, and knew his professional history well enough to know that he had the drive, intelligence, and determination to make his long desired career change. She told him with conviction that she had confidence in him to begin a new career of his choosing. She reassured him that her thriving day-care business was stable and that she could provide their essentials household expenses during the transition. When Davey showed him the figures, Simon trusted his wife and made the decision to go back to school to earn a degree in divinity.

When Simon took on the commitment to heal his marriage, he decided that this challenge had more to do with his own integrity. He saw that the quality of their marriage was simply a reflection of his own self-image. He knew that the work he had to do involved walking his talk to a degree that he never had before. Simon went on to become an ordained minister and chaplain. He discovered that it was time to completely close the gap between his words and actions to unconditionally practice what he had literally been preaching for years.

Davey told me that they both worked hard for two years to reestablish their broken trust, and that she is absolutely convinced that it was their joint commitment, a strong work ethic, good counseling, and trusting their loving hearts that allowed them to become stronger at the broken places. If you would like to see the specific details of the work that they did, stay tuned for the forty key points of their healing and reconstruction program.