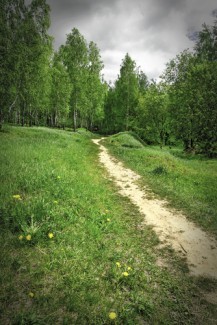 There was once a small community of Buddhist monks. The oldest and wisest of the monks was the Abbot who came from a long line of abbots. However, in the monastery there was a novice, the youngest of the monks, and the first of his family to enter the monastic life. The novice was causing the Abbot a lot of concern and heartache, with his behaviour. He was not attentive in lessons; he was disobedient to the rule. But the Abbot saw, in the novice, the seeds of greatness; and this deepened his concern.

As the Abbot went about his daily routine, he was aware of the young monk’s presence within the community. He would hear of the novice laughing during meditation, sleeping late and not attending to early morning duties. He would see the young man distracting others, and yet at others times he was nowhere to be found.
Increasingly, the Abbot felt under pressure from other monks to deal with the young man: to ask him to leave or to teach him a lesson. The Abbot had tried everything he could think of, reflecting on his apprenticeship within the traditions of the order.

The following day, before first light – before the darkness had begun to pale – he arose and went to the novice:
“Come with me” he said, to the sleeping form. There was no reply.

The abbot, moving closer to the sleeping form, took him by the hand and gently raised him
“Come with me” he repeated and led the boy from his sleepy place.

“Where are we going, Master?” the novice asked.
The master replied not.

They passed through the monastery gates and started the climb to their destination, the novice grumbling, cold and stumbling as he went. “Why are we doing this?” said the novice and “I don’t see the point”.

The Abbot smiled, observing how the path passed beneath his feet, noticing the roughness of the stones, the dew wet grass sweeping his ankles. He observed the wild flower meadow, bathed in the soft early morning light.
They continued the climb, through to the edge of the forest

And as they continued forward the novice was aware of baleful eyes of a large Tiger staring from the undergrowth and could smell his feral smell. “Come” said the Abbot, “there is no fear here” and moved away The novice was left wondering, but followed his master.

“Why are we journeying?” (the novice asked). The Abbot paused and listened. The novice paused but could hear nothing other than the sounds of the forest.

They moved on and came to a clearing where the Abbot raised his eyes to see a magnificent cascading, rainbow-wreathed waterfall. The novice looked up, too, but the Abbot moved on, climbing up the side of the falls.

“Where are we going?” he plaintively asked.

The Abbot sat on a large flat rock on top of the mountain and looked all around, smiling at the novice he said “What is there here?”

“I can see the rock and the moss, but they are not as beautiful as the grass in the fields…. I can see the wild flower, but it is nothing to the flowers in the meadow…. I can see the mouse, but that is not as magnificent as the Tiger, and the small trickle on the mountain here is nothing compared with the torrent of the falls”

“And so in all this there is nothing? Is there no more?”, asked the Abbot

“The only other thing I see, Master, is our path.”