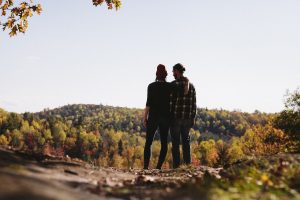 There is a story about an old Chinese farmer who lived in ancient times. He was the envy of his rather small village, because unlike most of the other farmers, he possessed a horse.

One day, however, his horse ran away and his neighbors who soon heard of his misfortune were quick to offer him words of consolation. “What a shame that you’ve lost your horse; how sad.” The old farmer responded. “Perhaps it’s a bad thing; perhaps not. Who knows?” Then a week after the horse ran away, it returned to the old man’s farm accompanied by another horse. Now the farmer had two horses.

“How fortunate you are,” said his neighbors. “Now you have not one but two horses.”“Perhaps I am fortunate, perhaps not. Who knows?” said the farmer. Three days later, the farmer’s only son was thrown from the horse while trying to steady it and his arm was badly broken.

“What a shame” his neighbors chorused once again.

“Well maybe, but maybe not, said the farmer. Who knows?”

The next day, the emperor’s army passed through the village looking for conscripts to serve and fight in a war that had recently been declared with a neighboring province. The old man’s son was passed over because of his injury while the other young men from the village were forced to join the other soldiers.

Linda: And so the story goes. Like the old man, the stories of our lives may look good or bad at any given moment. Sometimes what appears to be a curse is actually a blessing. And vice-versa.

It’s impossible on the basis of any given experience to accurately assess the true consequence to our lives. Unless we appreciate the full context of any situation, we can’t know what the result will ultimately be. Knowing this helps us to avoid what can often be the great swings of mood and emotion that we go through when our desires and expectations are met or disappointed. It’s not that we won’t feel happy or sad, but that we won’t be swept away by feelings that are based upon an incomplete piece of the picture.

Sometimes we get obsessed and caught up in the intensity of the events of our lives. Our efforts to practice mindfulness and to stay centered are only partially successful. We can feel pretty fragmented and ungrounded more often than we care to admit. It doesn’t comfort us much to know that many others were having the same kinds of experiences.

We often believe that we know what is in store for us, and that it is not good. We point to ‘evidence’ that substantiates our concerns and seem quite certain that the future is dismal at best. We may have friends who believe that things are only going to improve in the future. They are no less certain about their version of the future than others are. Each group points to different evidence to validate their beliefs, expectations and positions; and each is convinced that they are correct.

The Chinese Premier Chou-en-lai is considered the Gandhi of Sri Lanka. When he was asked in 1960 his opinion of the American Revolution, his response was “Too soon to tell.” His answer was neither evasive or sarcastic, but rather reflective of his understanding that the final measure of such events cannot be fully known for a long time.

A successful long range plan requires informed participation that shows that we not only understand the causes of our suffering, but that we are committed to taking whatever actions are necessary in order to attend to wounds that need to be healed. Success also requires an ability to see the big picture and to resist the temptation to respond to the underlying conditions that have given rise to the problems we face, rather than to react to the symptoms generated by those problems.

When we bring such an open-minded commitment to our lives and relationships, including our relationship with ourselves, the intention itself initiates the healing process.

We need clarity to fully comprehend our situation in order to respond to challenges with less immediacy. Responding with patience coupled with seeing with a broader perspective, is more likely to bring about the long-term well-being that we all desire.

Such an outcome provides the ultimate security for ourselves and those who are dear to us, and for the world. We can enjoy a feeling of satisfaction that we are doing our part to live in a way that contributes to the spread of peace and understanding. 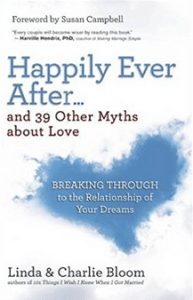