The Crucial Factor in Making Real Change in Your Life

“People don’t change.” If I had a nickel for every time I heard that sentence, I’d be rich. And it is a sentence, not just grammatically-speaking, but those words sentence the speaker and anyone who has a close relationship with him or her to a future in which substantive life changes are impossible. The problem with this sentence is that it’s not true. Another problem is that I used to not only believe this, but I was a primary perpetrator of what I now see as a widely accepted cultural myth. It’s been a while since I’ve stopped making that claim but now I’m on a roll about clarifying that people can and DO change. 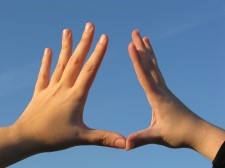 Change however, doesn’t necessarily come about as a result of what we think will precipitate it and when it doesn’t, it’s easy to conclude that it can’t happen. There’s something attractive, even compelling about believing that making substantive changes in our lives is unrealistic or even impossible. For one thing, if I can’t change, then it can’t be my fault that I act the way I act, do the things I do, or am the person I am. After all, I can’t be responsible for doing something that I don’t have the power to do differently. If I have no control over my predispositions and I can’t be held responsible for my actions, and I can’t be blamed for anything that has caused distress to anyone else. And if it’s not my fault, then I can’t be punished. Believing that people can’t change enables me to not only avoid responsibility for my current and future actions, but it relieves me of the obligation to put the time and energy into making an effort to try to become a better person. Why bother trying to accomplish something that can’t be achieved?

While it may be technically true that we can’t change certain aspects of who we are and some intrinsic characteristics or internalized personality traits, such as being introverted or extroverted or preferring solitude to socializing or vice-versa, we all have a great deal of power to influence what we do with those predispositions and which impulses we choose to strengthen and reinforce and which ones we choose to weaken.

Changing conditioned patterns is not easy, but it is possible. Trusting that change is possible is the first step, which means that we have to be willing to give up our excuses for being the way we are and take on a commitment to make the effort to develop the qualities and traits that will promote the kinds of behaviors and practices that we wish to integrate more fully into our lives. This is what most people are talking about when they use the term “doing your own work”. It is also a prerequisite to finding the motivation to “be the change” that you wish to experience in your life. Motivation, or “intense desire” is a determining factor in this process. When it is strong, the likelihood of a positive outcome is great. When it is weak, the prognosis for success is slim to none.

In addition to these factors, it’s necessary to clearly recognize the benefits of putting the necessary time and energy into the process. Since it’s natural to want and expect desirable results from our efforts, we need to be able to answer the “What’s in it for me?” question in a way that makes it seem worthwhile for us to invest our life energies in the process of change. Self-interest has to do with getting my needs met and my desires fulfilled. When we recognize that not only are the needs of those in my circle of care fulfilled when I behave in ways that enhance their lives, but in doing so, my quality of life is also enriched. And in so doing, they become more inclined to want to reciprocate by participating in our relationship in ways that are mutually fulfilling to us both. When his cycle is in place in a relationship, self-interest becomes enlightened self-interest, which not only changes the dynamics of the relationship but also instigates change within both partners.

Researchers at Duke University in 2006 found that “more than 40% of the actions people perform each day aren’t actual decisions, but habits.” People who have poor relationships are frequently acting out their fears and anxieties. How that manifests in their behavior runs along two major lines. The avoidant style is characterized by acting out a craving to feel safe, and in control by withdrawing from the relationship and having minimal involvement. The controlling style is characterized by manipulation with anger, aggression, threats, and ultimatums.

Motivation to change can be strengthened by recognizing the effect negative behavioral patterns have on the quality of our lives. When this recognition provokes an interruption of the automatic patterns of avoidance and aggressiveness, there is a greater likelihood that communication that is driven by a desire for greater authenticity and vulnerability will be brought forth in the relationship.

Disrupting just one unskillful behavior, for instance using silence to punish, or making critical, judgmental remarks, or being bossy by giving commands, can lead to a whole series of positive shifts. Instituting date night or an evening a week at home designated for discussion and connection can break the habit of avoidance. A conscious and mutually shared commitment to new practices can, if successfully implemented, transform even those relationships that have been deeply entrenched in negative patterns.

In addition to creating an agreement with our partner, collaboration with others can give us new ideas of regarding specific practices that may support the changes we wish to bring about. This kind of support can help us to trust that real change is an actual possibility. The key to victory is creating the right routines. Each success brings with it a feeling of accomplishment that strengthens our motivation to keep up the good work. These wins accumulate over time to eventually create the Big Win: a relationship worth protecting and treasuring, where both partners’ needs are fulfilled and what had previously been resentment, tension, and despair has been transformed into harmony, gratitude and appreciation. All in all, that sounds like a pretty decent trade-off.