The Damaging Beliefs of Bipolar Disorder 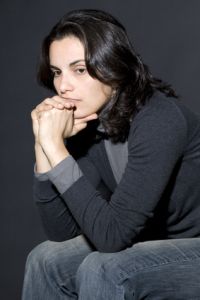 When writer Elaina J. Martin was diagnosed with bipolar disorder, she felt “less than.” “I felt like other people were better than me, less damaged than I was.”

In the first few years of her diagnosis, psychotherapist Colleen King, LMFT, worried she’d never be able to function at a higher level. “During those years of struggle, I saw myself deteriorate, become less capable, and felt like a failure in many ways.”

Bipolar disorder is a difficult illness that can shatter one’s self-worth and sense of self.

Beliefs tend to differ in different people, depending on the person’s circumstances. But largely, psychotherapist Sheri Van Dijk sees two themes. One theme centers around “I’m not good enough”: “I can’t work, so I’m not good enough”; “I’m crazy”; “I should be able to manage emotions the way others do”; “I’m a burden to my family”; “I’m a bad partner”; “I don’t deserve my partner”; “I’ll never have a relationship”; “no one likes me”; “I’m a leach” (a client’s exact words).

The second theme is even more insidious: Individuals with bipolar disorder may internalize society’s disparaging beliefs about mental illness, Van Dijk said. They start believing: “I have to hide my bipolar disorder”; “if people knew I had bipolar disorder, they wouldn’t accept me, and they’d treat me differently.”

These self-judgments are especially prevalent during depressive episodes. This is when Martin has beliefs that she’s ugly and useless. “I feel like I don’t deserve anything good in my life, that I am not worthy of anything like love or friendship,” said Martin, who pens the blog Being Beautifully Bipolar and has written a memoir called There Comes a Light: A Memoir of Mental Illness, which comes out in late spring. Sometimes, she feels “soul-sucking emptiness.”

Self-judgments also are common in mixed episodes when “an individual is experiencing symptoms of both depression and hypomania or mania at the same time, so there’s lots of energy, but the person experiences depressed mood,” said Van Dijk, the author of several books, including the Dialectical Behavior Therapy Skills Workbook for Bipolar Disorder.

When the manic or hypomanic episode is over, people often crash. They bash themselves for their behavior during the episode, she said. For instance, maybe they went on a shopping spree. Maybe they went gambling. And they interpret this behavior as evidence of their awfulness.

Individuals may start to distrust themselves because they don’t know when an episode will disrupt their lives, said King, who specializes in treating individuals with bipolar disorder, depression and anxiety. This distrust may amplify anxiety and poor self-worth, and lead people to stop setting goals, she said. “They come to believe they are no longer capable of achieving them, and may not even try anymore.”

It’s important to work through these kinds of negative beliefs with your therapist. Below are additional tips you can try:

Reframe your judgments. When helping her clients navigate self-judgments, Van Dijk turns to the DBT skills of Nonjudgmental Stance and Radical Acceptance (more on that below). She has clients write out their self-judgments, and pick one theme to start exploring. Then they write out nonjudgmental statements as a way to reply to their judgmental thought.

She shared this example: You write down “I’m a leach.” Next, you ask yourself: What does this statement really mean to me? What emotions am I experiencing that are causing me to have this judgment?

According to Van Dijk, you might write down: “I’m living in my father’s basement and am on disability because I have bipolar disorder and can’t work right now, and I’m disappointed in myself for this.” “The fact that I can’t work and contribute to society makes me feel hopeless.” “I think that people judge me because I have bipolar disorder and can’t work, and I feel ashamed.” “I think I should be able to work and I’m frustrated that I haven’t been able to keep a job.”

Then you read these neutral, nonjudgmental statements to help you change your self-talk. “[N]onjudgments…don’t take the emotional pain away, but they prevent us from triggering extra emotional pain.” When you use the word “leach” to define yourself, you feel even worse. When you stick to the facts of the situation and your original emotions, you still feel upset, but you’re not causing yourself more pain, she said.

Practice radical acceptance. This DBT skill is about acknowledging your reality. I have bipolar disorder. I’m unable to work right now. I’m currently living with my parents. This, too, doesn’t make the pain go away—you’ll still feel sadness or disappointment—but it doesn’t cause more emotional suffering, Van Dijk said.

“[W]hen we stop fighting and judging the reality—“It’s not fair, it shouldn’t be this way, why me?”—and accept reality as it is—“I have bipolar disorder. Period”—the anger emotions dissipate and disappear.”

Shift your perspective. It also can help to take on a different perspective. “Imagine your mother, best friend, brother, etc. is talking to themselves the way you’re talking to yourself; what would you say to that person?” Van Dijk said. Try to have compassion for yourself.

Ask for feedback. King suggested asking people you trust to share how they see and experience you. “Sometimes we may see ourselves as less capable than others see us, so having a reality check from others can help to change those negative beliefs.”

Seek out inspiring resources. King suggested listening to podcasts and reading writing that is inspirational to you. For instance, check out Psych Central’s newest weekly podcast: “A Bipolar, A Schizophrenic and a Podcast.” Check out memoirs and blogs on bipolar disorder.

Acknowledge your hard work. When you’re feeling good, come up with positive statements and achievements; paint them, jot down them down or create a collage, King said. You also can list all the positive things you’ve accomplished that day or week—from showering to making phone calls to going to work, she said. Recognize that bipolar disorder is a challenging condition, and you’re doing an incredible job.

When Martin is besieged by negative thoughts, several things help: “I have come to learn that every day is a new day and with it will be changes and different moods that I cannot control. I have also learned that I have a mental illness, a chemical imbalance in my brain, that makes me…sometimes act the way I act.”

Ultimately, it’s important to remind yourself that depression lies. As King said, depression “tells you that you’ll ‘never’ feel better or be ‘good enough’ to complete a task or bigger goal.”

But you will. With treatment and hard work, you will feel better. You will realize that you are very much good enough—whatever your personal or professional situation. Because that’s the truth.