The Direct Path to Self-Awareness 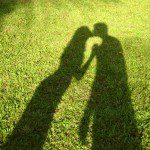 The hidden power of the shadow.

“You can learn more about yourself in a week in a marriage than you can meditating for 10 years in a cave.”   —Stephen Levine

Carl Jung referred to as the “shadow” as the parts of ourselves that we judge as undesirable and try to conceal. One of the underlying objectives of psychotherapy is to bring our shadow into conscious awareness so that we can come to terms with ourselves with greater self-acceptance. For this reason, “shadow work” or the re-claiming of disowned parts of ourselves, is one of the most powerful things we can do to promote healing in ourselves and within all of our relationships. The shadow is not inherently negative, in fact it contains very powerful and necessary aspects that we deny our selves access to when we disown them. Shadow work involves more than just acknowledging shameful aspects of ourselves, but recognizing the healing and creative value of those qualities and holding them with respect, rather than contempt.

Committed partnerships provide the perfect ground for the illumination and integration of the shadow. Nothing else will confront us quite so vividly with those aspects of ourselves that must be reckoned with, if we are ever to be free from dysfunctional, defensive relationship patterns. Because we have such high (mostly unconscious) expectations of what we hope to receive in committed partnerships, there is a lot more at stake than there is in other relationships; consequently the shadow is more likely to become activated.  These relationships turn the heat of our passions up to extremely high temperature. And food cooks faster in a covered pot.

For this reason, marriage can sometimes feel like the psychological equivalent of living in a pressure cooker because it brings our most intense longings up to the surface. Our reactions to each other illuminate aspects of the shadow, particularly when we don’t receive the responses that we seek. Because of its nature, we can’t see our shadow directly; we can only see it mirrored back to us. Relationships provide an ideal means of seeing what is otherwise inaccessible to our vision.

For Mary, this occurred after a diagnosis of breast cancer. She had been married for twenty-seven years when she was diagnosed at age fifty-two. Virtually overnight, her marriage suddenly became a battleground in which her husband Doug became the enemy who was the object of all of Mary’s fear, pain and rage.

Doug: “It just came out of nowhere. One day we were in love with each other, the next day she wanted to kill me. The cancer diagnosis really threw us both, but I never expected anything like the reaction that I got from Mary. No matter what I did, it was never good enough. Eventually I just stopped trying, and hoped that things would get better. I thought that if I gave her more space, it would help, but this infuriated her even more. I knew that she was scared and hurting. I wasn’t going to leave the relationship, but in all the time that we’d been together it had never been so hard to hang in there.”

“It was as though I was possessed by a demon,” was the way Mary later described her experience. “For the first six months after the diagnosis, throughout the chemotherapy, the surgery, and the radiation treatments I was a wild, raving lunatic. It wasn’t just Doug that received my wrath, it was everyone, but he got the brunt of it. Somehow the cancer ripped open the doors that contained all of the anger, rage, and savage feelings that I had been stuffing my whole life.”

“Fifty years of being a good girl, a nice person, a patient wife, it all came up at once. It seemed like there was no controlling it, and even if I could, there was a part of me that didn’t want to. I knew that it wasn’t Doug’s fault and he didn’t deserve what I was dumping on him, but to be honest, I just didn’t care anymore. For once in my life I wasn’t driven by the fear of displeasing people. For the first time I felt free.”

What Mary experienced was a form of what we call ‘shadow possession.’ When we fail to honor the unwanted aspects of ourselves for prolonged periods of time, a life crisis can unexpectedly rip the cover off our feelings away exposing us (and others) to the raw emotion that had previously been covered by a lifetime of denial. When we become possessed by feelings that are so strong that we can no longer contain them, all hell breaks loose. While this can be a terrifying and disturbing time, the breakout of the shadow is often ultimately liberating and life-affirming.

Doug and Mary not only survived the marital crisis that erupted in their lives, but came through it with more personal strength and shared love and than they had previously experienced. They both describe their current relationship as having greater depth, passion, and authenticity than they had prior to her diagnosis.

Mary: “Cancer forced us into a place that we had been avoiding throughout our marriage. It confronted us both with the fact that we had been settling for security and comfort rather than the passion that comes from real honesty. The first thing that we both had to get honest about was how dishonest we had been.”

Doug: “We next had to admit how much more we wanted out of the marriage and how afraid we were of going after it. We had both been playing it safe and if it weren’t for the cancer, we probably still would be. I can’t really say that I’m glad that Mary got sick, but I am grateful for the changes that the crisis provoked in our lives.

The stronger the foundation of the relationship when the shadow hits the fan, the more likely it is that we will be able to navigate through life’s inevitable crises. The benefits of doing shadow work are of course not just experienced during difficult times. They show up on a daily basis when we feel safe within our own bodies, within our relationships, free to be ourselves, and to accept each other, warts and all. Life crises don’t automatically generate transformation but they do provide strong motivation to get on with our work. The time to practice is not after the crisis hits, but on an everyday basis, noticing our internal responses, acknowledging them and ending the conspiracy of concealment.

Claiming one’s shadow is the most direct route there is to a life of real freedom and openhearted love. Shadow work is the work to become a more whole, integrated human being.  The kind of human who has compassion, patience, and acceptance for others because she feels them for herself, and it’s never too late or too early to do the work. More about exactly what shadow work entails in an upcoming blog.