The Psychology of Political Polarization 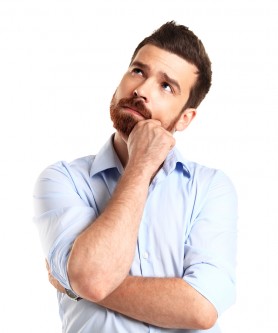 Antigone of Sophocles: “All men make mistakes, but a good man yields when he knows his course is wrong, and repairs the evil. The only sin is pride.”

The mind generally uses the “makes-sense-to-me” rule, where you take a position, look for evidence that supports it, and if you find some evidence, enough so that your position “makes sense”, you stop thinking. If someone brings up reasons and evidence on the other side, you may be swayed to change your mind.

However, the problem is that you may not make any effort to seek out conflicting points of view unless they are presented to you. This is known as Selective Exposure, a state where we do not seek out information that might be contrary to our existing views.

Cognitive dissonance theory suggests that conflicts between behavior and beliefs create a sense of discomfort, or cognitive dissonance, that the individual subconsciously attempts to eliminate by modifying his beliefs.

For example, a religious man who believes in nonviolence may strike someone in anger. The theory states that the man will either modify his beliefs about nonviolence to justify the violent behavior or will believe his action to be something other than violence. He may convince himself that he was acting out of self-protection rather than a desire to inflict harm, or that the provocation was so extreme that even a nonviolent person like himself would have no choice but to respond. Individuals often seek reassurance from external sources that their behavior is not in conflict with their beliefs.

This reminds me of a client I saw who had two failed marriages and concluded, “All women are after your money.” From only two examples, he created a generalization that included three billion women! His cynicism, his unwillingness to allow any women to get close to him, was the side-effect of two fundamental facts about how the brain works: 1) the brain has the amazing ability to see a pattern with minimal clues, and 2) your brain has a tendency to look for evidence that confirms an already-existing beliefs.

So once you have concluded something, you have a strong tendency generalize that conclusion by noticing evidence that supports your pre-existing belief. So angry, cynical, or hostile feelings, causes your mind to look for negative evidence and selectively ignore any positives. In this way the pain comes from making negative events larger and more awful than they really are.

Cognitive dissonance is best understood through the lens of Consistency Theory, which can be broken down into 3 steps:

Studies have found there are four different tactics for getting rid of dissonance.

First, deny it. Just pretend like it didn’t happen. Ignore it. It is not there, never was, and never will be.

Second, swamp the dissonance. Sure this time things didn’t work out like we expected, but remember all those other times when it did? The goal here is to overload all that bad dissonance with a ton of good memories and thoughts.

Third, change your expectancy. Some people would call this a form of rationalizing.. Here you are trying to alter in some real way something that really did happen.

Fourth, you evaluate the event and Instead of responding with dissonant thoughts (“I can’t believe this”) you actually change your evaluation and find the best possible outcome.

Consistency theory explains a lot of the psychology of our political polarization. If you expose yourself to discrepant information, you will probably produce inconsistencies which will lead to dissonance, which will lead to mental work. To avoid all this trouble, people “selectively expose” themselves to information when possible. That is, they will seek out things they agree with, but will avoid things they disagree with.