The Power of Choice: Giving Solutions or Acting as a Rolemodel 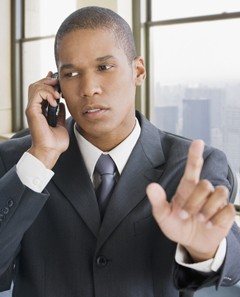 Joel acquired his pessimistic expectations early in childhood.  He was abandoned by his father.  If he can’t trust his own father, who can he trust?  He could not trust his mother or his big brother to prevent bad from happening to him.  He could not trust his judgement to solve this betrayal.  He could not trust life to be happy and rewarding.
He could only trust that his life would be one disappointment after another. And it was.  It is not hard to arrange the fulfillment of our prophecies for disaster.  Joel is only comfortable with people who are as pessimistic and discouraged as he is.  They are reliable,  he can count in them to fulfilled his expectations of betrayal, abandonment and disaster. Yet, he only feels inadequate around people who are independent, mature, and successful.
Joel was in a relationship with Jen, who also had an insecure childhood.  They took turns breaking each others hearts.  There was no prospect of love or mutual respect, only hurt and pain.
Joel learned in counseling that he was not a powerless, dependent victim. He was a grownup who had the power of choice. It was up to him to make some choices. He could choose to
– let others accept the consequences of their own behavior.
– take ownership over his own happiness.
– trust his judgment, even though it wasn’t as perfect.
– take life as it comes, rather they try to predict the future.
On one afternoon Jen left a message to call her back right away. She was upset over something at work, someone had given her a hard time.  Joel saw that she had taken the setback personally. In counseling, Joel learned that some people don’t trust themselves to solve problems on their own. Others confirm their worth by giving useless advice that isn’t followed anyway.
Joel was able to push his comfort zone.  Instead of giving solutions to her problems that she would ignore anyways, he said,  ”Gee, that must have made you angry!  I’d be angry if that happened to me!  What do you think you can do about it?”  She said, “I don’t know.  That’s why I’m calling you.”
Joel responded: “I have an idea for you.  I’ve been learning that when I’m angry, I have a choice in how I want to respond.  I can choose to write my anger out and release it from my system. I get some relief, then I tear it up.”
Jen: ”Are you telling me to write a stupid anger letter?”
Joel:  ”No, I’m just telling you what I’ve been doing.  It’s entirely up to you what you do.  You can choose to write it or not.  I’m just sorry you’re so upset.”
Joel had learned the difference between giving solutions or advice and setting an example for others to follow.  He gave Jen the power to choose  and trusted her ability to make an appropriate choice between the two alternatives.  His life would go on either way.  He was not dependent on her for his validation as a person.  He was independent and lovable no matter what happened.
He had made an appropriate choice.  He shared his experience with her as one imperfect human being to another.  He did not fall into the trap of assuming excessive responsibility for another adult.  He did what reality required and trusted his judgment as good enough to solve problems as they unfolded.
He had paid Jennifer a compliment by encouraging her to trust her own problem solving skills.  He had learned that his worth as a person was not dependent on being responsible for others.   He was a worthwhile human being no matter that he chose, and so was Jennifer.  And that’s how he had spoken to her, as one equal member of the human race to another.
Jen called Joel back.  She had written the anger out of her system.  Bu putting her thoughts and feelings down on a piece of paper, she could put them in perspective.  Joel began to trust her to take care of herself. He was no longer focused on the prophecies of disasters that used to consume him.  He realized, that before he could trust her, he had to trust himself.  Before he could trust himself, he had to see himself as unconditionally lovable.

Man on the phone image available from Shutterstock.