Therapists Spill: What I Thought Was True About Therapy But Wasn’t 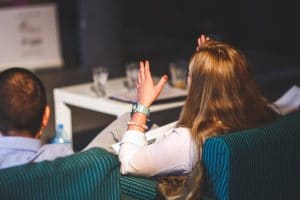 Because therapy is confidential and done behind closed doors, it can seem almost cryptic. Even if you’ve seen a therapist several times, you still might be confused about how therapy works. Which often explains why we hold so many misconceptions about what therapy really is and what it really looks like. But we’re not the only ones. Therapists also make all kinds of assumptions about the therapy process. Which is why we asked different clinicians to share what they assumed was true about practicing therapy but—as it turned out—was actually quite the opposite.

When Julie de Azevedo Hanks, Ph.D, LCSW, was in graduate school and first started doing therapy, she thought she had to do things in her sessions. That is, she assumed she needed to give out worksheets, and conduct certain interventions. However, she soon realized that therapy is less about doing and more about being.

“It’s about being present in session and holding the client’s pain,” said Hanks, executive director of Wasatch Family Therapy clinic. For instance, this might mean crying with a client as they share a devastating memory. It might mean empathizing with a client and telling them, “I feel you. I am here with you. You are not alone in this experience.” It looks different for every client, Hanks said.

Similarly, Chris Kingman, LCSW, who specializes in individual and couples therapy, assumed that being an effective therapist meant mastering techniques, “being a masterful technician so to speak.” He assumed it meant being less “emotional” and more “professional,” which he interpreted as: “emotionally distant, controlled, impersonal.”

Since then, he’s learned that effective therapists are vulnerable therapists. That is, they’re emotionally open and flexible. What does this look like?

When clients ask Kingman about his life, he’s happy to share and answers honestly — whatever the topic. This includes “how I think about and handle challenges in my own marriage and parenting; my own 12-step recovery process; [and] how and why I became a therapist.”

Before starting her private practice, Liz Morrison, LCSW, who specializes in kids and families, also assumed that sharing personal information was a bad idea. However, she’s found that in many cases, especially with kids and teens, self-disclosure is tremendously helpful and builds a stronger connection between client and clinician. For instance, she’s shared her past fears about going to sleep away camp with a younger child who felt frightened about it. She’s shared her own apprehensive feelings about applying to college with a teen who felt anxious about the process.

(Here’s another example of how powerful and healing it is when therapists share their hearts in session—as one therapist reveals to her client that she, too, lost a loved one to suicide.)

Kingman has been vulnerable in other ways. Like Hanks, he’s cried in session when hearing about clients’ traumas and losses. “Those moments have often led to deeper conversations and thus deeper healing for the client,” he said.

Deeper conversations also have occurred when clients have shared things about their sessions with Kingman. Recently, a client revealed that he’d been disappointed and hurt by Kingman’s comment. Instead of getting defensive, which he would’ve done in the past, Kingman empathized with the client’s experience and sincerely apologized. This led them to talk candidly about the client’s experiences with being disappointed and hurt with people he relies on. They talked about how imperfect individuals are, including his own therapist. They talked about how hard it’s been for the client to share his feelings in the past—and how important it is to reveal his true reactions instead of shutting down, avoiding or numbing his feelings or disappearing from the relationship.

Early in his training, psychologist Ryan Howes, Ph.D, assumed he was supposed to know more than his clients. “I thought my knowledge about psychology and expertise in a certain theory was the key element to helping them change and grow, as though I’d need to outsmart them in order for them to find health.” This meant that Howes—like many early clinicians—tried to fit all his clients into the framework he knew best.

However, he quickly realized that while competency and adequate training are important, what’s even more important is building a relationship with clients, helping them express themselves, and learning and understanding who they are.

Howes also was under the impression that therapy was very serious and heavy—based on what he saw on TV and in movies. However, he’s found that humor is a key element in his sessions. “I laugh with my clients more than I ever thought I would. We laugh about stories in their life, about interactions between us, and after we’ve worked together for a while, we develop that self-effacing ‘I can be such a fool sometimes’ laughter where we acknowledge our own shortcomings and take them less seriously.”

After all, humor is great for all relationships. As Howes added, “I’ve been thrilled to find that therapy is much like most other long-term relationships, where a sense of comfort and acceptance results in truly enjoying one another and finding amusement in our quirks.”

It’s not just the public who holds inaccurate beliefs about therapy. Whether it’s during their education, training or early years, clinicians have their own erroneous assumptions about how to work with clients.