This Could Be The Surprising Answer To The “What’s Missing?” Question 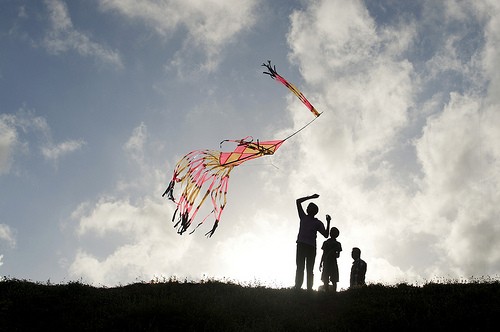 Hint: It’s not just for kids.

Stuart Brown is a man on a mission. He is convinced that there is something missing in many of our lives, the absence of which is a source of much suffering and unhappiness. It is the lack of this element that is the source of problems that range from depression to violent crime, and include mental illness, Alzheimer’s disease, heart disease divorce, and other serious health and relationship issues. The missing ingredient in this equation isn’t money, time, education, or even love (not that most of us couldn’t use a bit more of each of those as well). It’s something that is intrinsic to our nature and has for most of us, over the years been lost as other competing commitments became dominant. And the good news, according to Dr. Brown, is that it’s possible for all of us to bring this quality back into our lives and to upgrade our sense of well-being to a higher level, regardless of our current life circumstances, our age or our personal history.

The word for this is “play”.  Play, according to Dr. Brown is more than engagement with a specific activity or game, but rather it’s a state of mind that can be experienced in any aspect of our lives. Embodying an attitude of playfulness infuses our life experience with a sense of ease, enjoyment, pleasure, and creativity that has transformative and restorative benefits.

Linda and I met with Dr. Brown in Monterey and found him to be as captivating in person as he is on video. (Check him out on YouTube to view his presentations. They’re great!) He is a medical doctor, a psychiatrist, former medical director, university professor, and current director of the National Institute for Play, in Carmel, California. Looking at least a decade younger than most men his age, he possesses a quality of exuberance and enthusiasm that is both infectious and delightful. He has a mischievous smile and a delightful sense of humor.

In his book Play (Avery, 2009), Dr. Brown lists what he considers to be the properties of play, which include:

Purposeless. Play is done for it’s own sake. It is not a means to another end, but is done for the pleasure of the experience itself

Voluntary. Play is not obligatory and cannot be required.

Inherently attractive. It’s fun and makes you feel good and contains an element of excitement.

Freedom from time. When we are at play, we lose a sense of the passage of time.

Diminished consciousness of self.  When we play, we become more conscious (aware of the present moment), and less  self –conscious.

Improvisational potential. There is an openness to experiencing things in new ways that can allow for greater creativity, chance, spontaneity, and serendipity.

Continuation desire.   The pleasure of the experience drives us to keep doing what we’re doing.

Dr. Brown went on to say that play is the antidote to the feeling of being constrained that so many of us have had in the face of the need to be practical, to follow established rules, to please others, to make efficient use of time, and the vague sense of guilt that we often experience when we are failing to fulfill any of the “shoulds” in our lives. Play liberates us from the feeling of being oppressed and encumbered by the many explicit and implicit social demands and expectations that we feel obliged to live up to.

But even that isn’t the main reason to be playful. Play is, very simply, its own reward; it is its own reason for being.

Human beings, like all other members of the animal kingdom begin to play from our earliest moments and despite cultural beliefs, play isn’t just for kids. We never outgrow the need for play and we never stop experiencing its benefits throughout our lives. The biggest obstacle to keeping play alive isn’t a lack of money or time, nor is it the responsibilities that we have elected to assume, nor is it our age or even our physical condition. We can create the experience of play under any circumstances. The resistance that many of us experience to becoming more playful isn’t external it’s internal. It’s our beliefs about adulthood being a time for serious business (except for those occasional socially-sanctioned events or experiences in which we loosen the grip of our internalized self-expectations). But having only these rare and fleeting moments of playfulness aren’t sufficient to experience the benefits that more sustained playfulness provides, particularly if they are dependent upon lubrication by alcohol or drugs. Giving ourselves more permission to integrate a playful spirit more fully into our lives requires the willingness to appear to be foolish, immature, not responsible and to be at risk of being accused of “not acting your age”, a phrase that translates into “You’re having too much fun!”

For many of us, it’s the fear of being perceived in these ways or judged negatively by others that prevents us from taking ourselves less seriously. Enlightenment, according to some spiritual traditions has to do with “lightening up”.

This is not to deny the magnitude of the challenges inherent in dealing with the realities of life and the increasing complexities of the modern world. But rather it’s a reminder that we may be better equipped to meet those challenges if we can bring an attitude of playfulness more fully into our lives.

It could be that one of the most responsible things that we can do is to provide an example to the younger generation of adulthood as a time that continues to include fun, play, curiosity and ongoing learning, qualities that many of us have associated primarily with childhood. It’s no wonder that so many young people try to extend childhood or adolescence in an attempt to delay the onset of a life stage that looks like it’s mostly hard work and oppressive responsibility. Demonstrating that enjoyment and fun don’t stop when you get out of school or get married or have children could be one of the best examples that we can set for young people.

Linda: “I play a lot these days, and I’m certain that this contributes enormously to my overall sense of well-being in my life and in all of my relationships. I’m a happier person and don’t go around feeling envious or resentful towards others who seem to be having more fun than I used to have when I was busy being overly-responsible all the time. My play takes all kinds of forms, like jumping around in the step-aerobics class in my health club, or flinging myself around while I’m practicing kick-boxing, or dancing in my Zumba class.

When I spend time reading books, the ideas in the books stimulate in me a kind of mind-play. I get a lot of my socializing done, and get a second workout of the day in the form of walks and talks with Charlie or friends by the beach these days. Now that I’m not so rushed, preparing a meal is a form of play, and not another chore like it used to be, and I can take my time to enjoy it.When my grandsons come over on Wednesdays I spend a lot of time with them doing puzzles, singing songs, and getting down on the floor with them. That’s play in its purest form.Even my work these days feels like play. The distinction between work and play gets more blurred as I have become more experienced and confident.

Historically, I have been a pretty serious type. When I used get report cards in elementary school, they would often have messages to my parents saying things like: “Linda is mature beyond her years.” Yes, I was mature beyond my years but that was at least in part because I felt like I had to grow up quickly and help my parents out by being a responsible, “good girl”. I went on to become a very serious, studious, mature person. I brought a hard- working attitude into my adult life. Which has in many ways served me well, but it didn’t come without a price. I am still recovering from decades of hyper-seriousness.

The author Tom Robbins reminds us, “It’s never too late to have a happy childhood.” I know that you can’t ever go back and experience the past differently, but we can learn from it and make our future different. And when we finally have the experiences that we have been longing for over the years, the appreciation and gratitude is really sweet.

When Charlie and I spoke with Stuart Brown, he told us that, “the opposite of play isn’t work, it’s depression.” I know from my own experience and from hundreds of people that I have worked with over the years, that there is much truth in this statement. It is the playful interaction with other humans and even other species like our beloved pets that really gets our juices flowing. We owe it to ourselves to take an honest inventory to see if we are experiencing enough play in our lives, not just on vacations, and not just on the weekends, but on a consistent, daily basis. If we’re not having enough play, what’s in the way? Play is a great gift that we give to ourselves and to all those around us.  It’s just what the doctor ordered!