To Punish or to Teach? 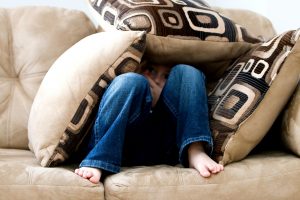 Linda: Years ago, I read a story about three families who were vacationing in the Catskill Mountains of New York. Each family had a son around the same age, and these boys were pals. One day, the three friends got into mischief, as young boys with spirit, imagination, and time on their hands will sometimes do. Their experiment careened out of control, and the fire spread causing a great deal of damage to property. Thankfully, no people were injured. The police brought each boy home, explaining the extent of the damage.

After the officer left, the first boy’s father took off his belt, and beat his son, screaming at him all the while about what a disobedient hellion the boy was. In the second boy’s home there was no physical violence, but the father berated and shamed his son telling him what a huge disappointment he was. In the third home, the father listened to what had happened and quietly told his son to get into the car. They drove to the site of the boys’ ruined adventure to assess the extent of the damage.

Silently the boy observed his father taking measurements and writing them in a notebook. Back in the car, they went to the local lumber and hardware store where his father purchased materials for the repairs. Late into the night, both father and son worked together to correct the situation. And the next day, they were back at work on the project, and the next day, and the next until all needed corrections were complete.

Very little was actually spoken about the original regrettable incident that resulted in the other boys being physically and emotionally harmed. Without words, a huge life lesson was communicated to the third son. “It’s better not to make the messes in the first place if you can possibly help it. But if damage does occur, as it is apt to occasionally, make your best effort to do a speedy and thorough repair.”

The third boy’s life ended up being enriched by the incident because he learned a valuable lesson early. We can all learn from the wise father that when our partner makes a mistake, not to sink into angry judgment, rejection, punishment, criticism, and blame. Such reactivity doesn’t help. It doesn’t help with our kids, partner, ourself or anyone. To replace these old negative patterns with skillful ones, like assessing the damage, taking measurements, and rolling up our sleeves to devote ourselves to the task of repair does work. And fortunately, we’re up to it.