What’s Wrong With Being Right 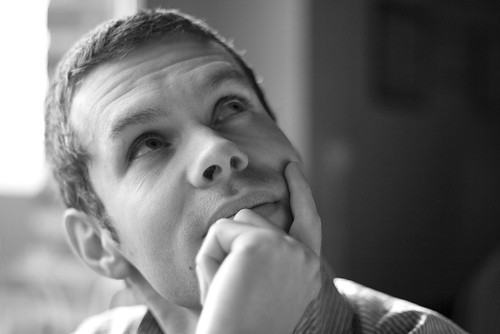 Charlie: The mind is an extraordinary thing. It can solve problems, imagine amazing ideas, envision inconceivable possibilities, help us to plot strategies for difficult challenges, aid us in connecting dots that transform our capacity to comprehend previously incomprehensible experiences, and in uncountable other ways, bring greater clarity and understanding into our lives. As we have all undoubtedly recognized however, there is a shadow side to the mind that activates experiences that can leave us feeling diminished, depleted, hopeless, frightened, and impotent. Yet neither the ‘negative” nor “positive” perceptions that we hold represent an absolutely accurate reflection of reality. They are rather, interpretations of ourselves, other people, and our world that have been produced and shaped by our mental software.

The difference between what “is” and what I think “is”, can be an incredibly difficult distinction to make, because our thoughts can be extremely convincing when we are trying to discern the truth. My favorite bumper sticker is one that says, “Don’t believe everything you think”. The reason I love it is because it reminds me that my thoughts are not necessarily the most reliable reference point when it comes to the truth. Yet it’s so easy for me to forget that. When I do, I tend to become rigidly fixed in my perspective, closed to seeing things any other way, positioned, and very attached to being right. And all too often, the ideas that I am attached to are not those that make me feel better about myself or the world, but rather confirm limiting, negative beliefs that leave me feeling hurt, frustrated, frightened, angry or overwhelmed. It’s not my circumstances or reality that is frightening, overwhelming, or unfair, it’s my thinking that has it seem so.

Of course, the mind is just as capable of providing interpretations that are unrealistically or even impossibly optimistic. These distortions can be just as dangerous or damaging as the so-called ‘negative’ ones that skew reality in the opposite direction, and can set us up for disillusionment, disappointment, and feelings of hopelessness and resignation. Then there are those occasions (hopefully less rare as we become more mature and wise) in which our mind offers us a more accurate reflection of things that enables us to create a useful blueprint for making realistic plans and for taking effective action. The problem, as I said, is that you can’t always believe what you think, and it’s sometimes quite difficult to know where the truth ends and where our distorted interpretations begin. The bumper sticker doesn’t tell us not to believe anything we think, it just warns us not to believe everything we think. It’s up to us to figure out just how much of what we think is worth believing.

If this sounds circular and confusing, it is; at least I think it is. What I have discovered, however, is that it’s not always necessary to figure out exactly what is and isn’t true in order to prevent “analysis paralysis” or “hardening of the attitudes”.  When you don’t believe everything you think, what you’re actually doing is meeting your thoughts with an attitude that is not rigidly attached to a particular perspective, but rather is open to seeing things with some degree of, if you will, open-mindedness.  The opposite of being self-righteous is neither believing you’re wrong, nor knowing exactly what’s true. It’s being open to the uniqueness of any given situation and bringing an attitude of reflection, curiosity, and a willingness to learn something new. In practicing this kind of non-attachment to our beliefs, thoughts, and views, we are not admitting that we’re wrong about anything; we’re simply expressing openness to looking at our conclusions from other perspectives. This attitude can liberate us from detrimental and archaic defensive patterns that no longer serve us, and enhance our lives in innumerable ways. It can also create unexpected challenges.

As many of us have noticed, relationships provide us with an unlimited supply of opportunities to practice this form of reflection. I haven’t always taken full advantage of the extensive growth opportunities to expand my thinking that my marriage has offered me and (believe it or not), there have been times when I actually went so far as to try to convince Linda that my thinking was more accurate than hers on a given subject, and even tried to give her evidence that validated my correctness. To her credit, most of the time (not always) she respectfully rejected my offers to help her see things “correctly”.

Fortunately I eventually came around and began to see that it wasn’t a matter of figuring out who was right or proving Linda wrong, but rather being open to considering her views and seeing if there was anything in them that may have any degree of validity, which there almost always was. Unfortunately, it took me more years of arguing and attempts at coercion that I’d like to admit, but the good news is that I have finally stopped believing that I’m always right and have started looking for the validity in what Linda is saying rather than trying to poke holes in her point of view.

Most of the time. These days there are still times that I forget that it’s not about being right (old habits take a long time to die), but it seems to be happening with decreasing frequency and it doesn’t take very long for me to loosen my grip on my attachment to being right and ask Linda to run her view by me one more time, so that I might really hear what she is trying to tell me, rather than focusing on my strategy to win the argument.

The practice of open-mindedness and reflection is enormously valuable particularly in our close relationships. But I won’t kid you, it can be very difficult for those of us who have been attached to being right. It is freeing, but humbling. And for those of you who like me could use a bit more humility and a bit less arrogance, it can be strong medicine. But it’s just what the doctor ordered!