When Happiness Ends in Disaster 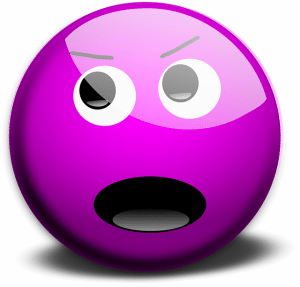 Larry is excessively responsible. He suffers from an internal conflict between his false facade of “niceness” and the anger that he feels when life threatens his happiness. He feels he cannot express his anger openly because it would shatter the image that he wants to present to the world.

Larry doesn’t think about his anger. He solves conflict by denying his anger out of existence. If his anger doesn’t exist, it cannot blow his cover. If his secret is safe inside him, then his pleasing facade is intact. But his anger doesn’t go away, it’s still there. Denial is not reality, the anger and pain are real.

Larry needs to relieve his painful anger. Yet, he feels it’s unhelpful to express his anger openly. Larry feels the only way to solve this problem is by expressing his anger with passive-aggressive, indirect, and ambiguous comments.

Larry dumps his covert anger on safe targets (anyone who does not have the power to victimize him) because he knows they love him. He is not consciously aware that he is angry. He just does it.

His wife, Naomi, is an irresponsible victim.  She spends her life avoiding accountability for her responsibilities because she feels that she will only fail anyway, so why bother?  She “forgets” to pay the bills because she assumes she will screw it up. When Larry complains about her lack of follow through, she feels victimized.  She says, “It’s not my fault! You made me forget.”  She denies “fault” because she imagines that as long as she remains “faultless” she cannot be punished.

What happens when we doubt our judgment? It’s always a disaster. We kick ourselves for not trusting our gut. We did a good job, we were right the first time, but doubt what we are thinking.

This is how we confirm over and over again that our judgment cannot be trusted. Our self-doubt kicks in and overrides our initial approach. It is this doubt that sabotages our happiness, confidence and success. It is entirely consistent with an identity of self-contempt. This is how we maintain the consistency of our role as the ‘stupidest’ one in the room. It is awful. But these choices have nothing to do with our intelligence. They are emotional. They come from the heart, not the head.

When Larry and Naomi fight about finances, they think that the issue is money.  Money is not the issue, the real problem is trust or a lack of trust to be exact. When Naomi asks for money, Larry feels taken advantage of, unappreciated and threatened with loss of control over his paycheck.  When Larry says, “No,” Naomi feels powerless and forced to submit, just like in her childhood.  She resents it now as she resented it then.  She withdraws, defends, attacks, all to protect her from the threat of being judged as irresponsible.  Her coping techniques are no more successful now than when she was nine.

Larry is so preoccupied with his wounded feelings that he fails to change the habits that get him in trouble.  So he gets hurt again, which only compounds his pain. As a result, he cannot enjoy his brief moments of happiness when they come because he “knows” that they will end painfully at any minute.  When his wife tries to make him happy, he sabotages her. This may not make logical sense, but it is an emotional technique that he uses to gain control.

Since Larry anticipates that his happiness is going to end in disaster anyway, and the suspense is killing him, he brings about the disaster he expects in order to “get it over with,” sooner rather than later. When it happens, it confirms his prophecies of disaster (“I told you so.  I knew it was to good to last”); it confirms his role as the victim.  It is the only role he has. It’s not healthy, but at least it offers the security of consistency.