When You Fear Success 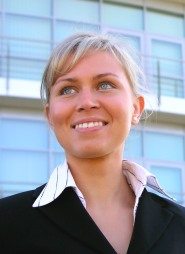 So many of us fear failure—which, of course, makes sense. Even though failure is a vital teacher, falling on our faces can feel humiliating, demoralizing and isolating. But many of us also fear success, which can seem like a surprising fear. Because why would anyone fear accomplishing something amazing or noteworthy? Why would anyone fear getting a promotion or getting recognition?

Our fear of success is often subconscious, according to Ryan Howes, Ph.D, a psychologist in Pasadena, Calif. We tell ourselves and others that we want to write that book or become a supervisor, but we sabotage our progress. We do everything but start writing. We wait until the last minute to start our work projects.

For some of Howes’s clients, success is seen as a loss. Because it means leaving their comfort zone—a zone of craving, striving, not getting and talking about their goal. It also means joining a different club—a club of individuals they might’ve envied and disliked or despised. “Underdog is a comfortable space for many, while success is dangerous territory,” Howes said.

And it means extra scrutiny. “Many people want success for genuine reasons, but they fear the microscope they’ll be under if and when that success is achieved.”

According to San Diego couple and family therapist Kelly Hendricks, MA, we also might not trust ourselves to maintain our success or to live up to our own and others’ standards. We’re afraid of the other shoe eventually and inevitably dropping, and the fall being too steep. We play all kinds of what-ifs in our minds: “What if people find out I’m just a one hit wonder and have nothing else relevant or important to say, do, or share? What will people think or say about me then? Will I be seen as a fraud?”

These are all understandable fears, and you’re certainly not alone in experiencing them. Below, Howes and Hendricks share what you can do.

Acknowledge the losses. Howes suggested asking yourself: “What will I lose if I become successful?” This also helps you identify why you might be sabotaging yourself. For instance, you might acknowledge that you’ll be moving out of your comfort zone and the all-too familiar space of striving, he said. “Your identity will change from striver to achiever. You won’t be an underdog anymore.”

Lovingly accept where you are. Often the things we tell ourselves when we’re stuck only solidify our paralysis. They only discourage us and make us feel even worse about ourselves. For instance, your natural instinct might be to say, according to Hendricks: “Come on, why are you being like this? You’re acting stupid; just do this already!”

What’s more helpful is to acknowledge just how hard change is: “It’s OK that I’m stuck, frozen, and feel scared. It makes so much sense why I feel this way, and I’ll come out on the other end with this just like I have with many other things in my life.”

Befriend your fear. Any time you’re changing or growing, fear may be present. Because it’s “a normal part of the process,” Howes said. “Instead of trying to find a path that has no fear, which is nearly impossible, accept that fear will be a frequent visitor on the journey, and doesn’t need to be a deal breaker.”

Remember that fear is helpful, too. After all, it protects us and keeps us safe. “Thank your fear, listen to it, but don’t let it run the show.”

Set reasonable goals. It’s natural to fear success when your goals are overwhelming—like become a New York Times bestselling author or become the best real estate agent in the state or write a #1 song. Instead, start smaller, such as writing 500 words a day, Howes said. And “tackle future obstacles as they come.”

Also, keep in mind that setting sky-high goals can lead to a very narrow life. We worship people like Ghandi, Einstein and President Kennedy. But as Howes said, when you look at their lives, “success in their chosen field took time away from other pursuits and relationships, and they lacked balance. If balance is your idea of success, you may never win a Nobel Prize, and that’s unfortunate. But a well-balanced life isn’t so bad, either.”

Acknowledge past successes. In particular, highlight successes you didn’t think you’d ever achieve or were convinced you weren’t capable of achieving, Hendricks said. For instance, her clients have acknowledged that they’ve successfully stopped smoking or drinking alcohol after years of heavy use. Clients have acknowledged that they’ve successfully said “no” to things they didn’t want to do as opposed to saying “yes” to please others.

Use the same successful steps. “Write down the steps you took to sustain success in other little or big things you’ve accomplished in the past,” Hendricks said. Then consider using the same steps to accomplish your new goals, she said.

Confirm if you even want it. Success comes with its own set of problems—like most changes in life, Howes said. For instance, maybe you realize that you don’t actually want a promotion or a huge Facebook following because it means time away from your family. Maybe you actually want to keep your small business small. Your “fear” of success might reveal that this type of success isn’t a priority for you. This is a good time to explore your values and figure out what is important.

Success, of course, is a broad and general term. And it means different things to different people. Ultimately, the questions are: Is there something in your life that you’re truly wanting but not getting? Why? Is it because you’re letting fear run the show?

Fear can feel all-consuming. But we can dismantle it by taking action, by taking small steps. If something is genuinely significant to you, start now. And if you feel like you can’t, consider working with a therapist or coach. All of us can benefit from extra support. In fact, you just might be surprised by what you can achieve.