Your True Identity: Coping with Change 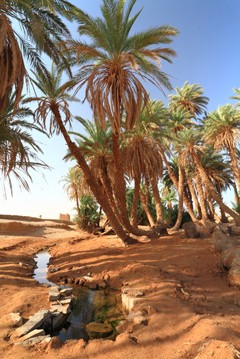 A stream, from a far-off mountain, passed down through the countryside, until it at last reached the sands of the desert. Just as it had crossed every other barrier, the stream tried to cross the desert, but the stream found that as fast as it ran into the sand, its waters disappeared.

It was stuck and had no choice but to cross this desert. Yet there was no way the water cold flow over the hot sand. Now a hidden voice, coming from the desert itself, whispered: “The wind crosses the desert, and so can the stream.”

The stream was dashing itself against the sand, and only getting absorbed. Then the stream thought, “sure it easy for the wind. The wind can fly, and that’s why it can cross a desert. But I have always been on the ground and streams don’t fly.” The desert voice continued, “By moving in your own accustomed way you cannot get across. You will either disappear or become a marsh. You must allow the wind to carry you over, to your destination.”

The stream replied, “But how could this happen?“ “By allowing yourself to trust in the wind”, the voice responded. This was not acceptable to the stream. After all, it never had to give up control over its direction before. It did not want to lose its independence. And once having lost it, how could the stream be sure that it could ever be regained?

“The wind, “said the voice, “performs this function. It takes up water, carries it over the desert, and then lets it fall again. Falling as rain, the water again becomes a river.”” How can I know that this is true?” thought the stream. “It is so, and if you do not believe it, you cannot become more than a swamp, and even that could take many, many years. And it certainly is not the same as a stream.”

“But if I trust the wind and am carried over the desert, I will not remain the same stream that I am today.” The stream replied. “This is true in both cases, either way you cannot go back to what you once were,” the whisper said. “Your essential part is carried away and forms a stream again. You are called what you are even today because you do not know which part of you is the essential one.”

When the stream heard this, certain echoes began to arise in its memory. Dimly it remembered a state in which it or some part of it, had been held in the arms of a wind. And the stream raised its vapor into the welcoming arms of the wind, which gently and easily bore it upwards and along, letting it fall softly as soon as they reached the roof of a mountain, many, many miles away. And because it had its doubts, the stream was able to remember and record more strongly in its mind the details of the experience. It reflected, “Yes, now I have learned my true identity.”

The flowing stream speaks to us about the journey of life. The seemingly insignificant trickle leading to the world’s mightiest rivers, each drop of water becomes part of an uncontrollable flow that feeds it forward. An individual drop of water cannot flow by itself, its needs other drops of water to join in on its journey. Fed by rain that fall from the sky, it gains strength, contributing to its growth.

It cannot reach its destination without receiving from others, but it also gives. Giving life to animals, people, and plants. It picks up the soil and deposits it to enrich the land. No stream flows without obstacles, no stream moves straight to the sea, it faces impediments that hold it back, and its mood alters with its circumstances, rushing down a narrow channel or spreading into a tide pool. With each barrier the stream finds a new solution.

The stream is joyful to dance over rocks and pebbles. If a tree falls across its path it has new options. Does it wash the trunk away, does it find a new path, does it lie still and stagnant, does it dam up until the weight causes pressure and flows over?

Its pace slows as it reaches the ocean. And the oceans become one with all the waters on the planet. The warmth of the sun evaporates the ocean water and it gathers in clouds. And the journey begins again.

The stream flows with such urgency fighting with itself, caught up in the destruction, swirling, and clashing energy full of both respect and power. There is a sense of timeless eternity in this experience, for the stream is something that will outlive us all. Still the river is constantly flowing, forever changing and adapting.

Like the stream, we may change, but our identity endures. This means the acts may change with time but the actor is what remains constant. Our choices, lifestyle, appearance all change. It is our very nature. If we do not let ourselves be transformed by the winds of life, we become stagnant. So, with great fear and yet great courage, we let life lift us, shape us, purify us, help us become who we really are.

We change every day, sometimes in big ways, sometimes in very small ways, but our essential humanity remains constant. One day we are children, the next it seems we are adults, we are lovers, we are parents and friends and grandparents. Yet no matter what the form of our days may be, our essence is steady. You are always just yourself.

You may be a mother, father, sister, brother, husband, wife, son, daughter, friends, employee, neighbor or customer but you are always just you. That is the core of your identity. You are the one who has all these experiences and you are the same person who was a small child riding a bicycle and playing hide n seek. That is what really matters. That is your true identity.