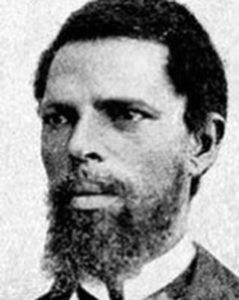 It is particularly timely to share this story as we round out the end of Black History Month, given the vaccine participation data released by Governor DeWine. The enslaved man’s name was Onesimus. As an enslaved African man in Massachusetts in 1706 he was gifted to a Puritan pastor by the pastor’s congregation. When a smallpox epidemic hit Boston in 1721, Onesimus told the pastor of a centuries old tradition of inoculation practiced in Africa –that by extracting the material from an infected person and scratching it into the skin of an uninfected person, you could deliberately introduce smallpox to the healthy individual making them immune.

The pastor was very influential in Boston and was able to convince people amidst the carnage of smallpox to experiment with the procedure, and over 240 people in Boston were inoculated. Records from the time indicate that only 2% of patients requesting inoculation died compared to the 15% of people not inoculated who contracted smallpox and died.

This traditional African practice was also used later to inoculate American soldiers during the Revolutionary War. General Washington required that all troops at the Siege of Boston have the smallpox inoculation; British troops didn’t have it and consequently were decimated by the disease in that decisive battle. Some historians attribute our victory in the Revolutionary War to the inoculation of our troops in that battle — something that may not have been possible without this enslaved man sharing knowledge from his homeland.

You can read more about Onesimus and the history of inoculation here: https://www.historyofvaccines.org/content/blog/onesimus-smallpox-boston-cotton-mather